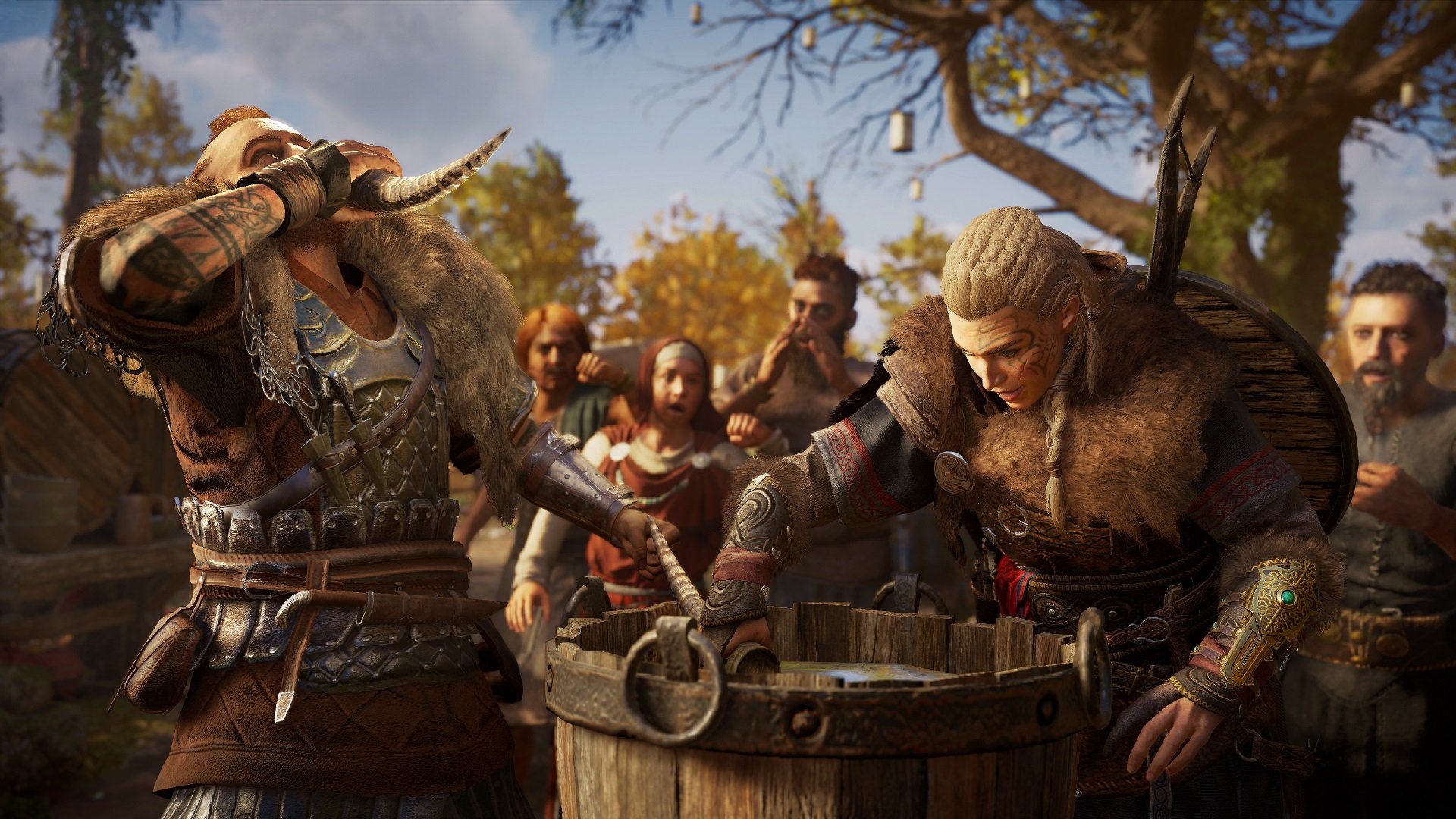 A split between paid and free DLC

Assassin’s Creed Odyssey was absolutely herculean in its approach to post-launch content. On the paid side, it featured two very substantial add-ons, each made up of three episodes. The free support was substantial too, as every player got access to 11 free missions called The Lost Tales of Greece. All of that was alongside level cap increases, new skills, a story creation mode, a discovery walkabout mode, and more. When all was said and done, Assassin’s Creed Odyssey was relevant for more than a year after it first released.

Both of the premium add-ons will have Eivor leaving England. The first, called Wrath of the Druids, takes place in Ireland. It prominently features Gaelic myths, haunted forests, and a druidic cult. Wrath of the Druids is scheduled to launch in Spring 2021.

The second paid DLC channels its inner Assassin’s Creed Unity. It’s titled The Siege of Paris, and it tackles one of the most famous battles in Viking history. Ubisoft details it by saying “players will infiltrate the fortified city of Paris and the River Seine under a prolonged siege, uncover enemy secrets, and form strategic alliances to safeguard their clan’s future.” This add-on is planned for Summer 2021.

Additionally, anyone who buys the $40 season pass (or who purchases the Gold or Ultimate edition of Valhalla) will have access to the “Legend of Beowulf” quest which is available at launch. We learned about the Beowulf quest around the time Valhalla was announced, but this is the first time Ubisoft has actually confirmed it.

As for free stuff, Ubisoft is breaking the cadence of content updates into seasons. Here’s what’s expected for the first season (which launches in December 2020):

There are four seasons of free updates planned, extending all the way into Fall 2021. That would make Valhalla relevant for about exactly one year. It worked wonders with Odyssey. No sense reinventing the wheel when you’ve already found a successful formula.