We tested out the Series X version

That’s especially true when you directly compare it to its predecessor, Odyssey, which seemingly set an impossibly high bar for the series. The next-gen experience doesn’t really make up for any of those shortcomings. 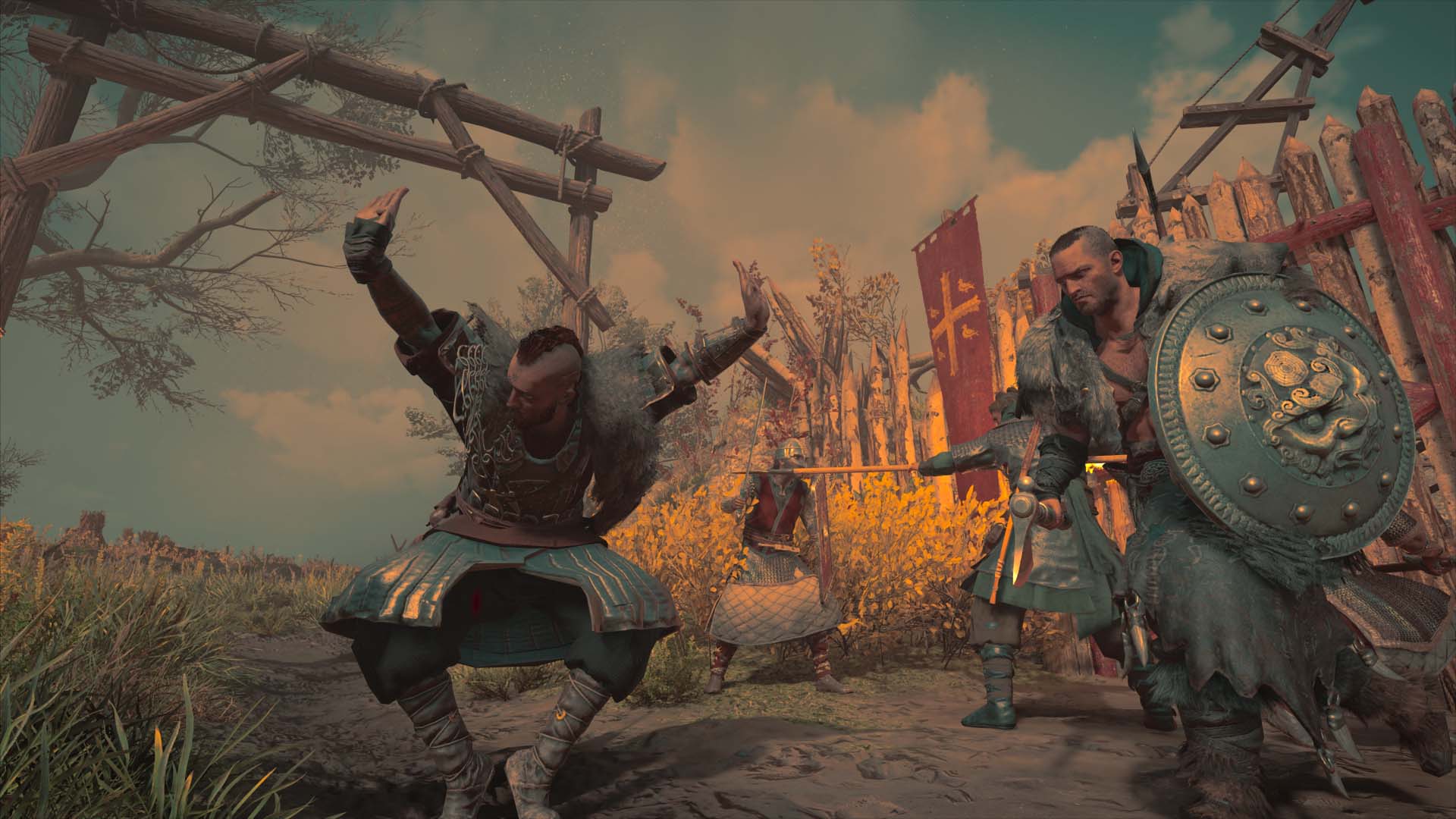 Valhalla is a very strange game visually. When you’re just focusing on the rural environments, it looks absolutely stunning on paper. I ended up taking a screenshot of 90% of the cinematic views from picking up the fast-travel lookout points, some of which allow players to gaze longingly into the sun’s rays without proper eyewear. 4K at 60 FPS on Series X is technically impressive. The stable framerate is what I admire the most, especially during some of the more hectic battle scenes. Yet, after a few hours, I found myself longing for the pyramids of Origins or the meticulously-crafted city-states of Odyssey (or even the more robust and interesting character models).

While Valhalla tries to pull off its own look, England as a whole feels wasted, held back by design and potentially, historic limitations.  Odyssey was especially bold with a distinct, sometimes tastefully cartoony style. While I’m sure that turned some people off, you could tell Odyssey was Odyssey. If you put a helmet on Valhalla‘s hero Eivor, it would be tough to divine what Assassin’s Creed game it even was in some zones if you walked into a room with someone playing it. A lack of emphasis on seafaring and sea battles also hurts Valhalla, as it keeps the focus off of that aspect of the series; which has become more and more inviting since Black Flag.

Speaking of; after finishing up Valhalla‘s story, I couldn’t help but compare my moments with it to my experience with booting up Black Flag on the Xbox One for the first time. In late 2013 that  was “next-gen,” and Kenway and his crew blew me away with how amazing everything looked. Given how Black Flag is often touted as one of the best games in the series with one of the most vivid worlds, it makes sense. Valhalla lacks that same sense of wonder. Its sterility is not helped by a better resolution.

Load times are also not super impressive when looked at through the lens of next-gen, ranging from 10-15 seconds for everything from fast-traveling: a far cry from the instant loads of several other next-gen launch titles (by comparison, my Xbox One tests put load times anywhere from the 25-45 second mark for fast travel or loading into the world). I also encountered a few of the same (thankfully not game-breaking due to the sheer number of auto-saves) bugs that Brett also witnessed on Xbox One.

If you’re on the fence about Assassin’s Creed Valhalla, again, give Brett’s review a read. Just know that if you do decide to pull the trigger, the next-gen version isn’t going to feel particularly mesmerizing.