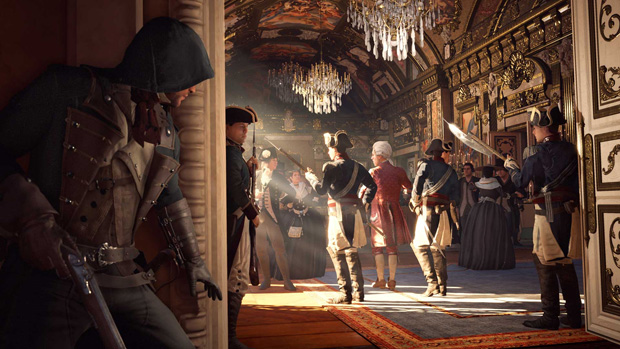 Earlier today, Microsoft showed off Assassin’s Creed Unity‘s four-player cooperative play, but Ubisoft still had more footage to display of its stealth/action/parkour juggernaut set during the French Revolution. Most importantly, we now have a release date: October 28, 2014. Second-most important? A cover of Tears for Fears’ “Everybody Wants to Rule the World.”

Otherwise, it looks like Ubisoft has improved on the acrobatics, introduced new mission types (murder mysteries!), and increased the number of non-playable characters in the environments. The demo was fairly long, and it should please those who want to jump off buildings and secretly stab bad guys.