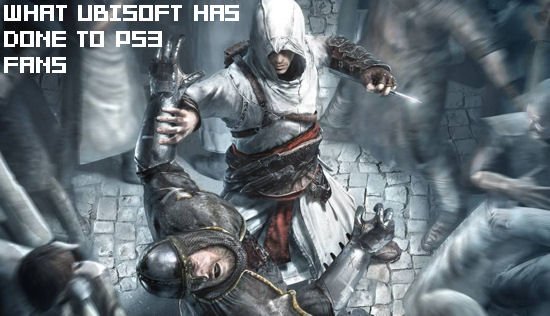 IGN has a review up (warning: possible spoilers) of the highly anticipated Assassin’s Creed which is interesting for two things — its less-than praiseworthy summary (complete with good-yet-humble 7.5 review score) and the fact that it claims the PS3 version is severely nerfed when compared to the Xbox 360 version.

The problems seem mostly to be graphical, which is surely something that the “visually superior” PlayStation 3 doesn’t really need. Here’s what IGN had to say:

These big open worlds, which are fully interactive, do come at a severe cost on PS3. There is considerable texture pop-in and noticeable framerate issues. Playing back-to-back with the 360 version, it’s obvious that Ubisoft did not devote enough resources to the PS3 edition. The framerate is considerably worse, so much so that it begins to affect gameplay in the later levels. You can get through the first two-thirds of Assassin with the framerate being just an annoyance, but it becomes more of an issue for the final third of the missions.

Assassin’s Creed started life as a PS3 exclusive, so this is somewhat ironic news to say the least. Ubisoft clearly believes it more worth the company’s time to focus on the Xbox 360, which is hardly surprising considering that it’s the platform where software is selling best. Still, bad news for those who only have a PS3, and I’m personally a little disappointed by IGN’s final verdict on the game. Still, we’ll have to wait and see for ourselves whether or not the Creed lives up to its hype.