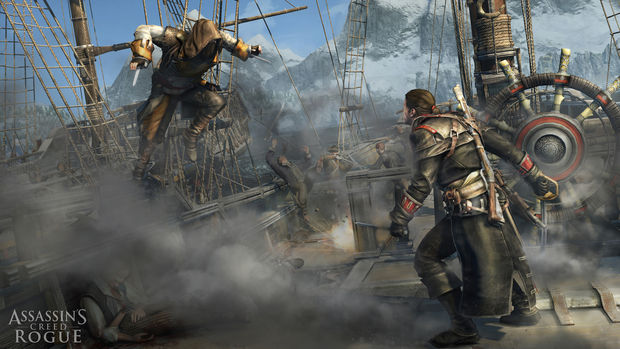 Ubisoft demoed more than 20 minutes of Assassin’s Creed Rogue gameplay at EGX this past weekend, and that’s enough to notice the obvious likenesses to Assassin’s Creed IV: Black Flag. The naval fights look largely similar, as does the combat system. Even the mini-map has the same icons.

Although the core of Rogue seems stripped away from Black Flag, there should be enough to make it seem like a different game. There is the whole “play as a Templar” angle that’s certainly fresh. At about the 14-minute mark of this video, protagonist Shay Patrick Cormac intercepts a pigeon that’s carrying an assassination contract, which he uses to locate and kill the assassin that it’s intended for. Picking off members of the brotherhood will feel so wrong after years of having the tables turned.