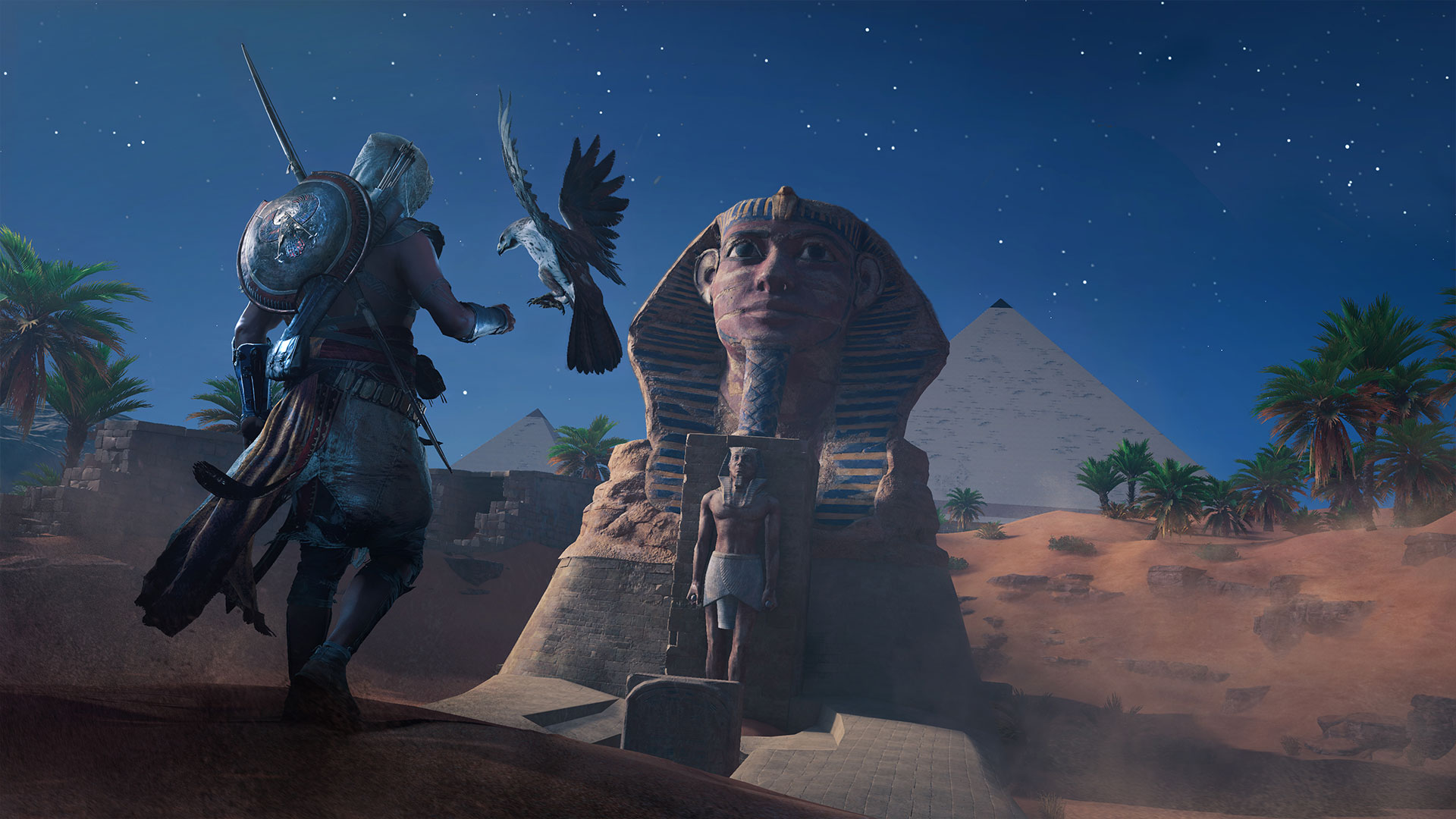 Going way back to find something new

They’re killing gods with peach pits. An ill bull was the motivator for my PAX West demo with Assassin’s Creed: Origins, as he was a worshiped deity in ancient Egypt. Peach pits are apparently toxic when ingested. This livestock was on the verge of being a deadstock. I think it was Cleopatra (or possibly another queen) who said “Gimme Toro, gimme some more.”

This was the “Lizard’s Mask” story mission in Assassin’s Creed: Origins, and it sets an important tone for the game. More than just a sick cow, it sows the seeds of political dissent in Egypt. A pair of priestess sisters poisoned it but only because their brother was being held hostage. Their defense doesn’t hold up. At the end of the mission, they’re sentenced to death by being boiled alive inside a bronze bull.

We were able to play the entirety of this quest at PAX West, and it’s all captured above for you to see exactly how Origins functions. (It’s also conveniently franken-stitched together so as to not waste your time with my dumbassery.) Egypt is a place I want to spend more time in. This is the most excited I’ve been for an Assassin’s Creed game in a long time.

It didn’t come easy though. This is my second time going hands-on with Origins and I have yet to fully grasp the combat. At E3, this was my undoing. I’ve played every single mainline Assassin’s Creed title and the fighting mechanics have been mostly formulaic and unchanged throughout. Origins changes that and it’s tough to undo a thousand hours of muscle memory in an hour-long demo.

I’m confident that I’ll eventually get the hang of it, and I’m also confident that this will eventually be a positive for Assassin’s Creed. This is a franchise that has taken loads of criticism over the years for failing to innovate enough. Black Flag put you on a ship and called you a pirate, and it was not-coincidentally the best-received game in a while; it was also the most un-Assassin’s Creed.

Origins is shaping up to feel like a true Assassin’s Creed game and an innovator. The mechanics might take some getting used to, but that’s what this series needs right now.