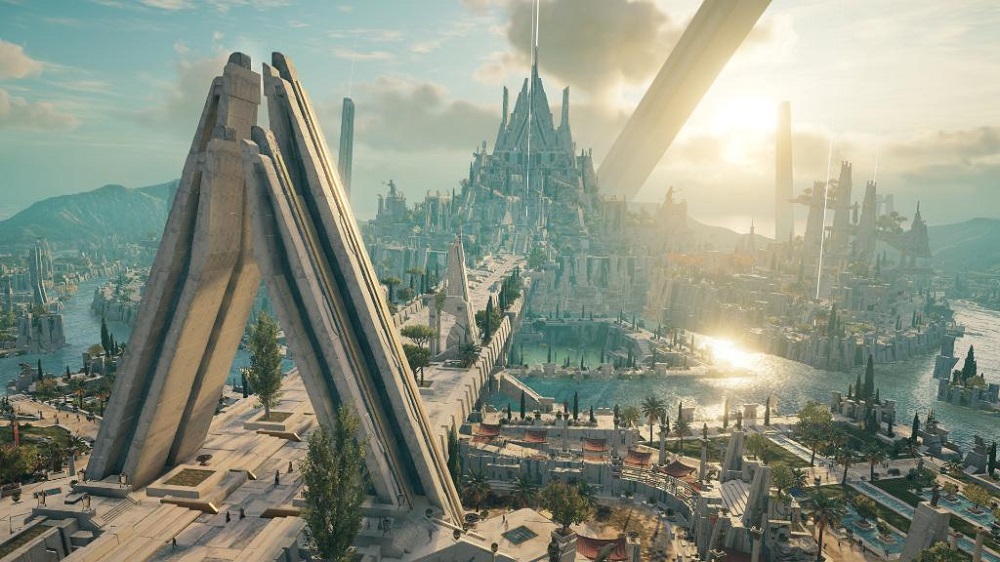 Ubisoft will be releasing the final DLC episode for Assassin’s Creed Odyssey this month. Judgment of Atlantis will be made available for the Grecian open-world adventure on July 16.

A recent tweet from the publisher announced that news, but was tight on the details, with only a single screenshot of the legendary deep sea city, which has featured and referenced in such films as Aquaman, Journey to the Center of the Earth, erm… Alien From L.A. and this one episode of MacGuyver. What adventures await heroes Kassandra and Alexios remain to be seen.

Judgment of Atlantis brings to an end a run of DLC content for Assassin’s Creed Odyssey, a game which has enjoyed ongoing success ever since its initial release in the fall of 2018. Judgment of Atlantis will close out the three-part “Fate of Atlantis” story arc that began back in April.

We’re excited to reveal that the final DLC episode, Judgment of Atlantis, will be available on July 16! Get a first glimpse of Poseidon’s realm with this exclusive screenshot! ðŸ”± #AssassinsCreedOdyssey pic.twitter.com/9FKBhIV6WR