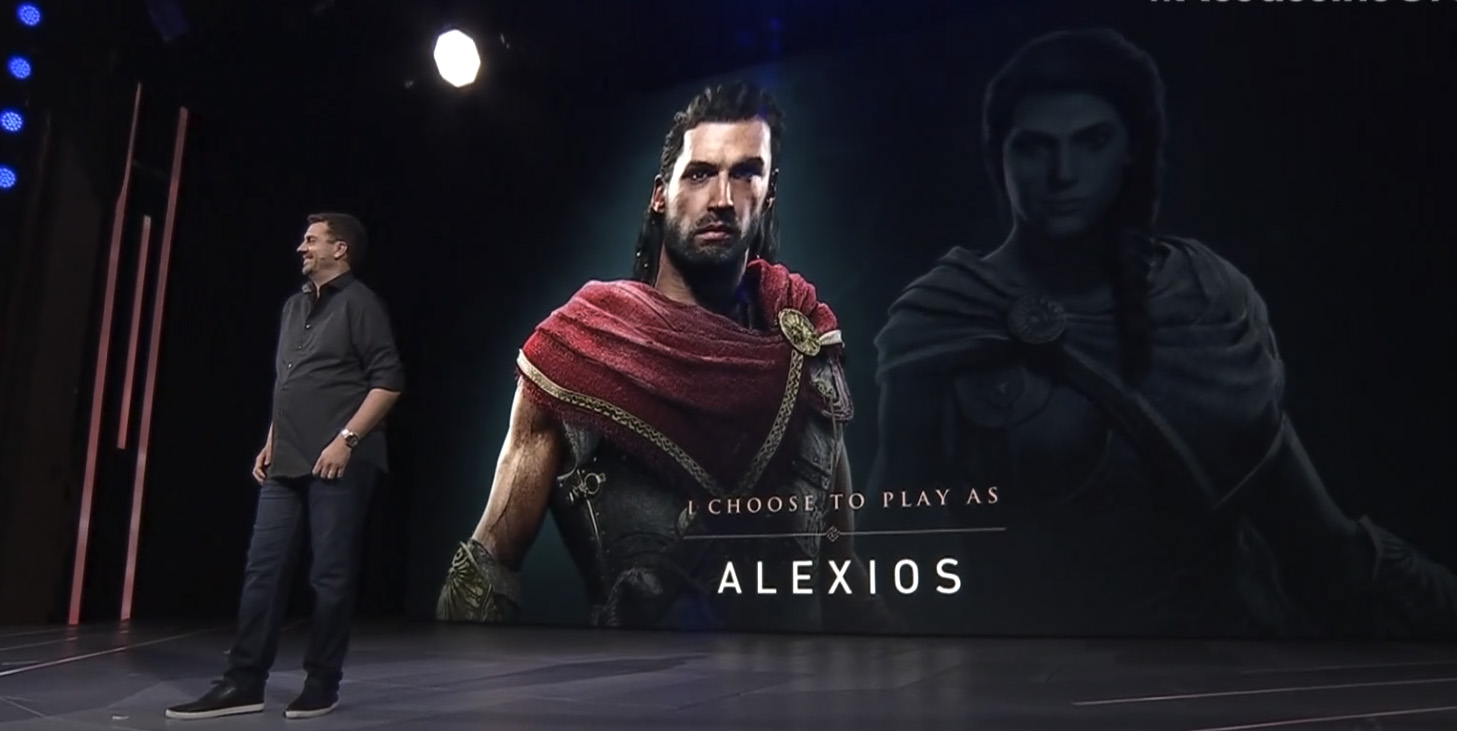 Ubisoft actually gave us the goods today at E3 and shared a ton of info on Assassin’s Creed Odyssey. And I mean why not? It’s due in just four months!

First up they led with the news that you can choose between two characters — Alexios, and Kassandra. You’ll also be able to wield the spear of Leonidas to power up, swim, sail, and do pretty much everything you could do in an AC game before. The skill system is back, as are many recent series staples like equipment and loot (which sports its own rarity levels).

It also looks gorgeous, which you can see for yourself in the gameplay walkthrough below. Oh, and there seems to be a greater emphasis on “story choices” this time around. The example in the presentation involves lying or telling the truth to a questgiver regarding your mission.

Let’s see how it shakes out! I hope it isn’t too convoluted and the gameplay is there. They keep piling the systems on, and historically that’s either paid off or backfired on AC in the past.