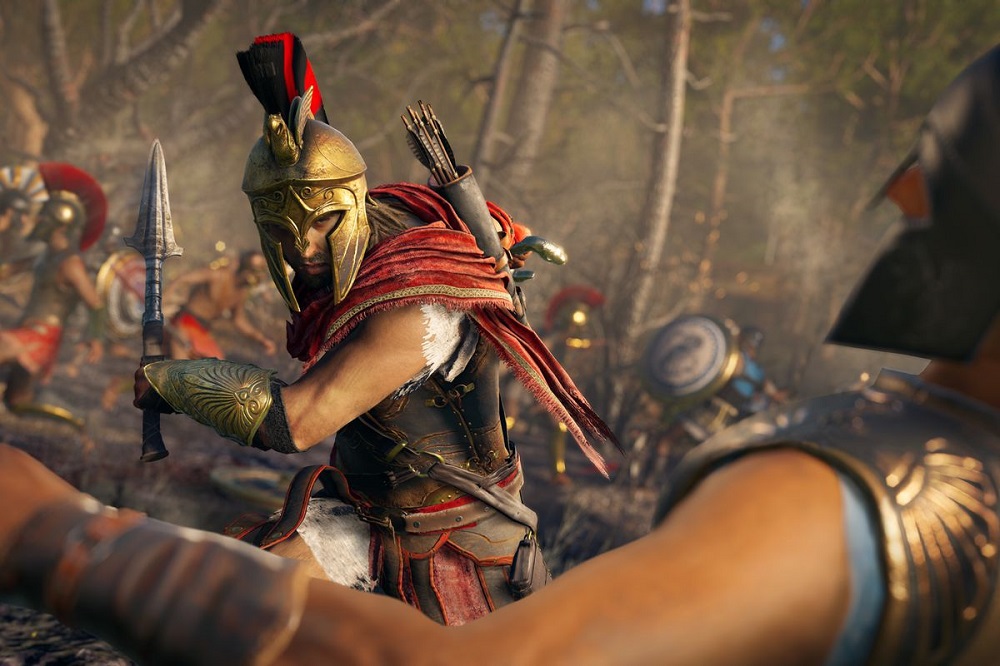 Ubisoft has announced that the next chapter in Assassin Creed Odyssey’s Lost Tales of Greece is now available to download. Poet’s Legacy is free for all would-be assassins who are currently stabbing their way through the Peloponnesian War.

Poet’s Legacy sees Alexios or Kassandra helping out passionate poet Praxilla, whose performances are getting more risque, thus becoming a threat to her safety. I’m assuming these problems are solved less with our hero helping Praxilla out with re-writes and more with sticking pointy objects through windpipes.

Poet’s Legacy is now available in #AssassinsCreedOdyssey and is free for all players!

In this new Lost Tale of Greece, you’ll learn that she isn’t quite what she seems as you become increasingly involved in her risqué performances. pic.twitter.com/jtJhLhBqyp