Assassin’s Creed is growing. Last year’s Origins proved that Ubisoft putting the series on a brief hiatus could mature it into something more complex. The upcoming Assassin’s Creed Odyssey seemingly follows this trend, as it’s the first game in the franchise to offer dialogue options. It’s more of a role-playing game than ever before.

But Assassin’s Creed is growing in terms of sheer size too. The Origins map was absolutely ginormous. Judging by a quick glance at the Odyssey map during our hands-on E3 demo, this game will be similarly massive. Now, the battles are getting even bigger.

Throughout Assassin’s Creed Odyssey, there will be several opportunities to lead ht150 soldiers into combat. It’s called Conquest Mode in our demo, but this is a special slice for preview purposes. They won’t happen in their own mode in Odyssey; rather they’re naturally occurring events on the islands of Ancient Greece. Cohabitation is tough.

It’s Athens versus Sparta, a rivalry nearly as old as time itself. Odyssey drops 300 combatants on the same battlefield and wages war until only one side is left standing. The idea is that protagonist Alexios/Kassandra (depending on whether you choose to play as a man or woman) targets opposing lieutenants. Singling out the leaders quickly thins out the other team’s numbers, as they suffer from having less leadership or something.

Fighting through enough of the middle-manager guys compels the captain to attack. He’s an ornery bastard — the sort of actually-challenging boss figure that I found so oppressively tough in the Origins E3 demo a year ago. It went better this time. It probably helps that the control scheme isn’t too different from Origins‘, which I spent extensive time with. 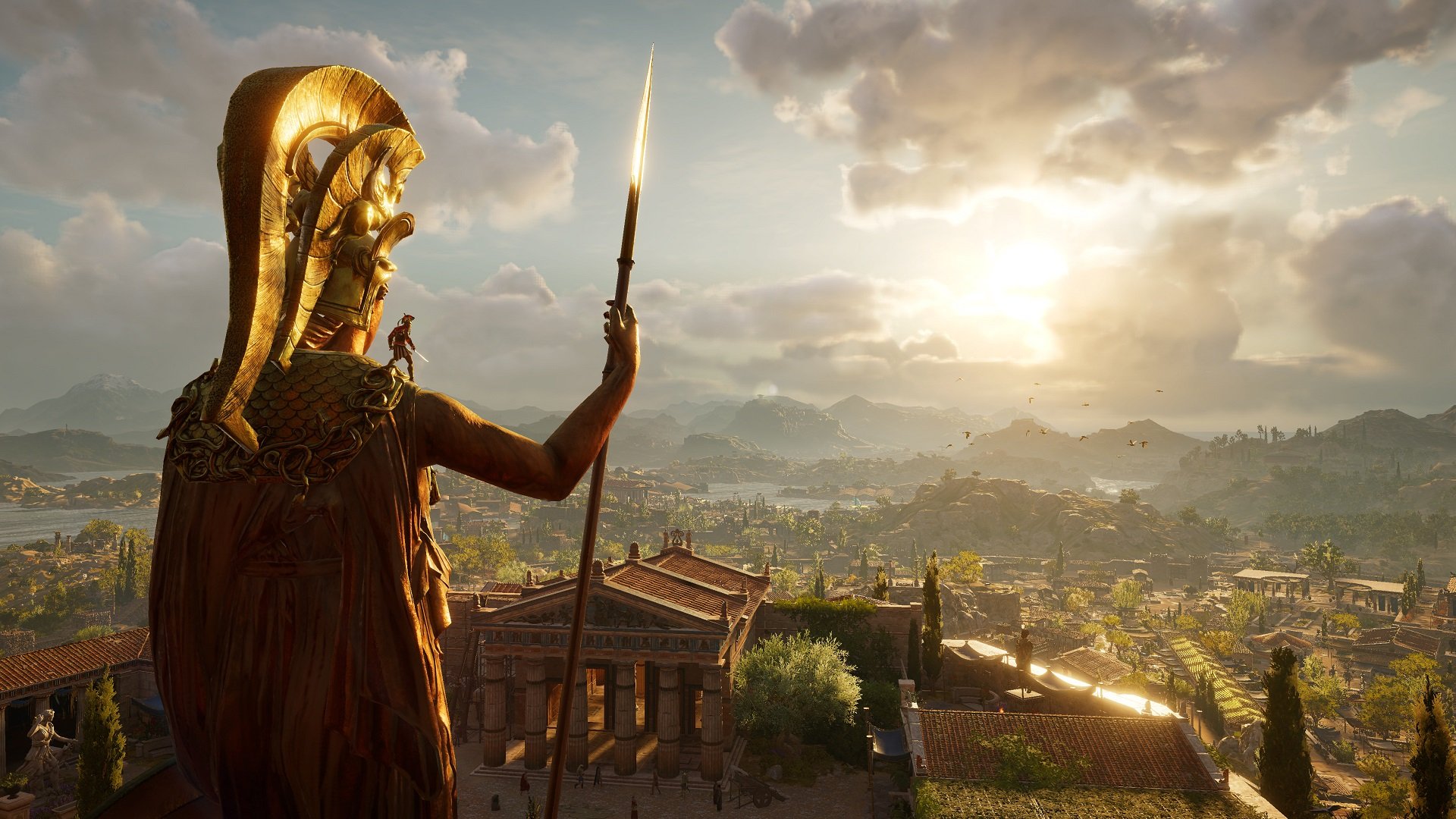 There are improvements to combat though and they make a world of difference. Odyssey has iterated on the overpower (ostensibly special super-powerful) attacks. Now, through the skill tree, several abilities can be unlocked and assigned to the four face buttons on a control. Some examples are: instantly regenerating a generous portion of health, a Spartan kick attack, a small shockwave burst, and instantly ripping an enemy’s shield out of his hands and whacking him across the head with it.

Most of the rest feels like it’s coming over directly from other Assassin’s Creed games, chiefly Origins. There’s naval combat, fly-by eagle scouting, unique weapons and gear, diving and swimming, and horseback galloping. It felt familiar. That’s fine and expected if Ubisoft wants to get right back to annualizing this series.

Like the protagonist subjects of each and every game, Assassin’s Creed will always share substantial DNA with its ancestors. Odyssey is an obvious sibling of Origins, but it does enough new things that are worth honing in on. Whether dialogue choices can legitimately impact the narrative is the biggest uncertainty surrounding Odyssey. The setting, protagonists, and premise already feel capable of carrying a game. But, seeing a genuinely big battle in an Assassin’s Creed title is a neat little bonus.