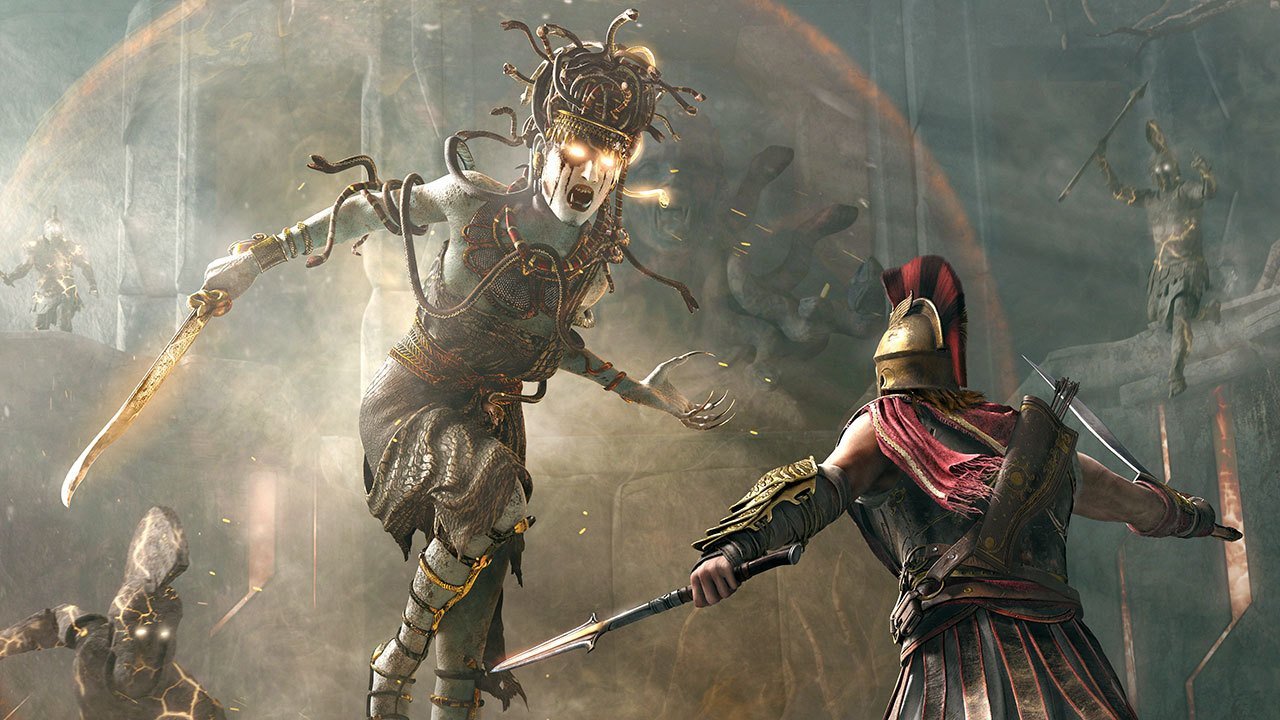 Assassin’s Creed Odyssey will seemingly lean more toward the mythical than other Assassin’s Creed games have. Ubisoft has been keen to take the series in wild directions with DLC; a good recent example is the Assassin’s Creed Origins expansion that had Bayek battling Egyptian gods. The base games are more or less rooted in realism (if you ignore the present day storylines).

Ubisoft’s gamescom presence last week largely focused on an optional end-game level fight against Medusa. For those who don’t know, Medusa is a figure in Greek mythology who had snakes for hair and a gaze that turned people into stone. She’s right at home in a game like Castlevania or God of War, but not really Assassin’s Creed.

However, Assassin’s Creed Odyssey justifies these mythological monster encounters with a piece of its own lore. Ubisoft explains in the above-embedded video that “artifacts left behind by humanity’s hyper-advanced precursors are always causing supernatural trouble.” Medusa was seemingly locked in a ruin by the people of the First Civilization.

In Assassin’s Creed lore, Juno, Minerva, and Jupiter are three members of the First Civilization. They’re responsible for creating humans. It’s entirely possible that they also created Medusa (and other mythological entities), whether intentionally or inadvertently. Regardless, this video makes it evidently clear that Medusa was left behind by the First Civilization. Now she’s your problem.