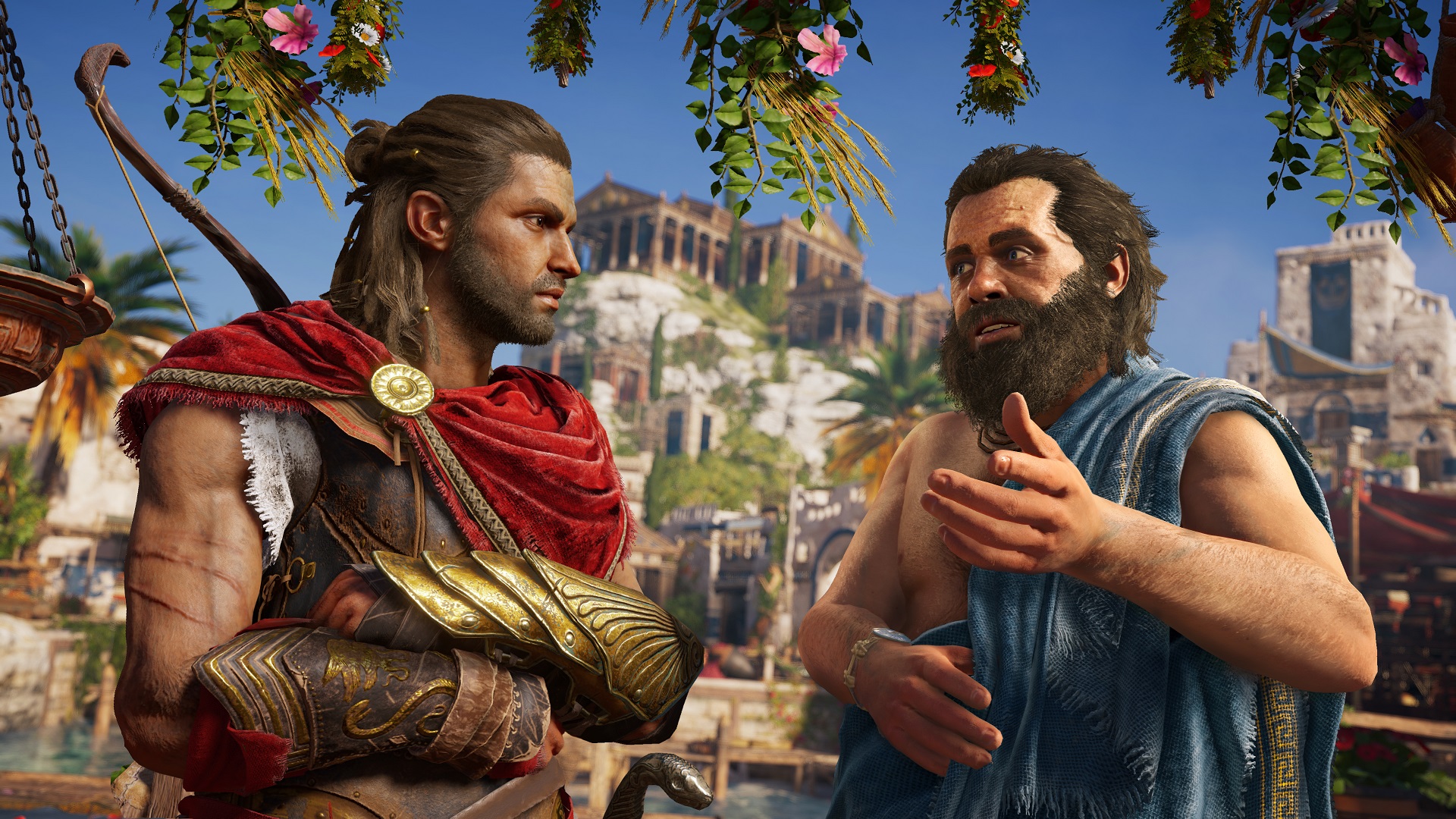 Indeed, the show goes on

Assassin’s Creed Odyssey, already a massive game, got just a tiny bit bigger today. Ubisoft quietly pushed out a free update that added a new questline called “The Show Must Go On.” All in all, it’s a multi-mission story that takes approximately an hour to complete — and it’s pretty decent as far as these things go.

“The Show Must Go On” takes place in the Elis region, and it concerns Thespis — allegedly the first person to ever take the stage as an actor — and his desire to put on a play. “Leonidas and his 300 Spartans” is the name, meaning it’s a subject that’s near and dear to the themes of Assassin’s Creed Odyssey. But, as always, there are complications.

First, we need wine for the audience. We could gather some cheap vino or we could go through the extra work to find some quality stuff. The latter involves clearing out a medium-large fortress to acquire some wine that has notes of apricot. The crowd will be pleased.

Next, we need to round up the three main actors. They’ve found themselves scattered across the region in different precarious situations. One is saddled with gambling debts, another has been taken prisoner, and the last has joined a cult of enlightenment. Okay then. Help the thespians and then, indeed, the show does go on.

This new quest wraps up with a humorous twist, making all that busywork worth it. It’s available for anyone who has reached chapter five, which means it’s a decent place to earn experience when Assassin’s Creed Odyssey suddenly jumps the critical path missions ahead several levels. I was already at the level 50 cap and it placed all the enemies at level 46, effectively allowing me to cruise through the DLC without any real problems. Also, there’s an achievement/trophy tied to completing the quest and that serves as a little extra incentive for some people. Not too shabby for something we didn’t even know we were getting.

We can expect more of this from Assassin’s Creed Odyssey in the future. Ubisoft tweeted about this add-on, confirming it’s the first in the Lost Tales of Greece series. This was revealed as the free content when Ubisoft announced Odyssey‘s season pass back in September. According to the roadmap, there should be seven of these in total. Keep ’em coming because the first one was adequate enough.