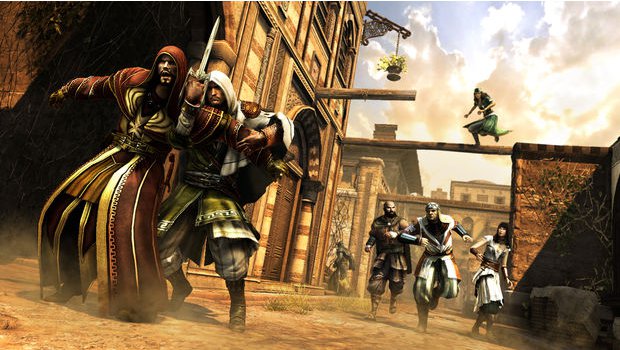 Assassin’s Creed: Brotherhood‘s beta last fall sold me on the idea of multiplayer in the series. It was short-lived as I sank back into old multiplayer standbys, but it was great as a proof of concept. The common theme with Assassin’s Creed games is that each entry is bigger and more bombastic; Revelations looks to continue that trend with nine new assassins, three maps, four game modes, and (hopefully) plenty of bomb-action.

Starting September 3, this Saturday, Playstation Plus and Uplay members will be allowed into the trial with a scheduled closing date of September 11. That said, last year’s beta ran through December, if memory serves, and a public beta phase is undoubtedly on its way sometime after the initial week.