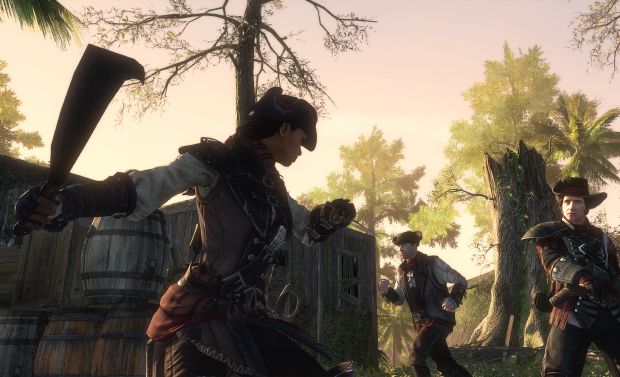 Reworked from the ground up

That’s right! The Vita darling is going all HD for the Xbox 360, PlayStation 3, and PC early 2014. Development started shortly after the Vita release thanks to how the fan base reacted so positively to it after the E3 reveal. Everything has been reworked from the ground up, and the team behind Assassin’s Creed Liberation stressed that this isn’t just a simple port.

Aside from graphical updates, new rendering tech, HDR lighting, and all that technical goodness, Ubisoft updated everything within the game to make things a little more realistic. Characters have a new skeleton structure and improved facial rigging, they went through all the cinematics and polished them up, and there’s now a day and night cycle that was missing from the Vita version.

All the missions have received some improvements and polish based on fan feedback and reviews, and there’s more tutorials in place throughout the game to better help new players to the series understand new game mechanics as they pop up. There’s also 15 extra side missions that have been added based on the persona/clothing changes you can do, but otherwise we can expect the same overall experience we got from Liberation on the Vita already.

I got to mess around with the HD version for a little bit, and while it certainly looks better than it did on the handheld, it was overall pretty rough looking. It probably doesn’t help that everything I’ve seen of Assassin’s Creed this past year has been running on a PlayStation 4 though.