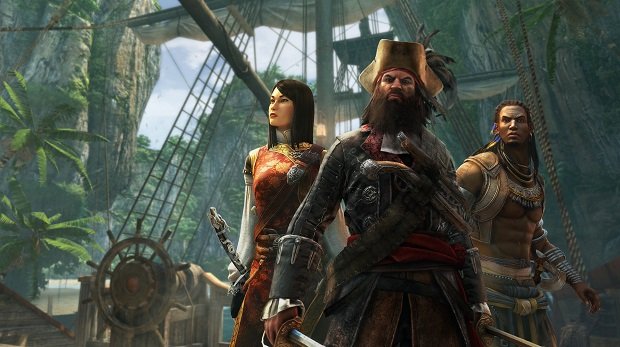 Ubisoft’s adding a bit of clout to the Assassin’s Creed IV multiplayer roster tomorrow. Blackbeard, arguably the most influential and notorious of pirates, will be made available for download as a playable multiplayer figure.

The new DLC pack titled “Blackbeard’s Wrath” also features The Orchid (a deadly assassin) and The Jaguar (an Aztec warrior). However, it’s obvious that Blackbeard’s the star of the show. As Ubisoft so quaintly puts it, he “uses his tremendous strength to throw his targets off balance and quickly finishes them with one clean strike.”

The cost of admission for interested seadogs is $2.99. Of course, there’s no additional price for those that have already purchased the season pass. Blackbeard’s Wrath drops on all platforms except Wii U, somewhat surprisingly.