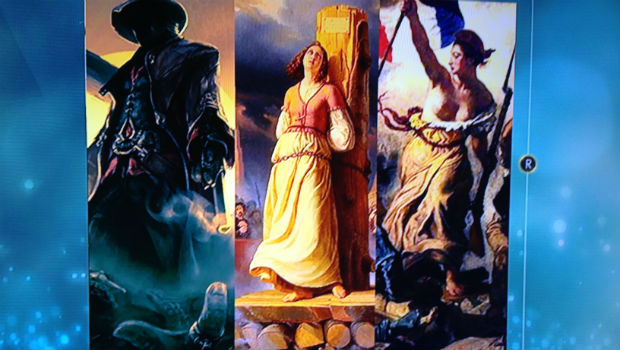 If you’re a fan, pay attention to the emails

Throughout Assassin’s Creed IV you’ll have the chance to leave the life of pirate Edward Kenway behind, and explore a giant Abstergo complex in the real world. Periodically, you’ll come across cryptic emails, files, and artwork that paint a picture of what happened to Desmond after the events of Assassin’s Creed III, as well as provide insight into various other bits of the AC world, like Liberation. After playing through the game over the weekend, I came across a particularly interesting email that details potential future locations for the franchise.

In it, the patrilineal line of Subject 16 is detailed, mostly going through the games that already exist. But also in the email is the matrilineal line (long theorized by AC fans), which hints at a Holy Land setting, Egypt and North Africa, the Ashikaga Shogunate in Japan, the French Revolution, the Napoleonic Wars and Taiwan, and the American Pacific Coast. As far as we know, this matrilineal line is canon, and we could see any one of these settings in mainline or spinoff games.

In a sort of tongue-in-cheek manner, one in-game executive trashes the concept of stale settings, instead favoring “shit that sells” like a Jack the Ripper era game. Even if it’s just poking fun at fan requests for the franchise, it’s still an interesting little tidbit, and perhaps even a clue at what’s to come.