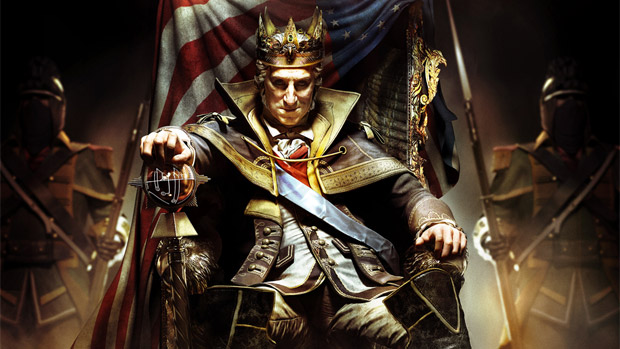 Earlier, we heard about the Assassin’s Creed III Season Pass, which provides access to five downloadable content packs for $29.99, a 25 percent discount versus buying the add-ons individually. If you had written this off already, you’ll want to hear what some of this content will be about before committing.

As far as single-player content goes, there will be three episodic packs that delve into alternate history with George Washington. The basic premise here is that, post-American Revolution, Washington “succumbs to the temptation of infinite power.” It’s up to you to dethrone the new tyrannical King. Uh, yes — I would like to do that, thank you very much.

“While Assassin’s Creed III concentrates on history as it happens, we wanted to take some liberties with this DLC and tell you how things ‘could have happened,'” says executive producer Sebastien Puel.

There’s some art to go along with these details as well; I’m suddenly feeling anxious to put extra cash aside for this stuff, a complete turnaround from this morning. The content itself will be playable across all versions of ACIII, including Wii U.