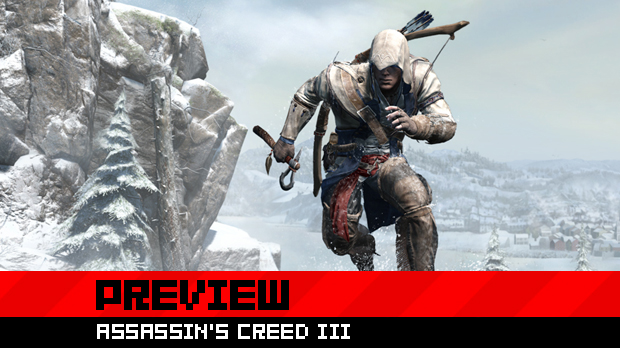 The announcement that Assassin’s Creed III would be set around the American Revolution pretty much guaranteed that I was going to purchase it upon release. I’ve been praying for them to get there for three games now and I’m absolutely thrilled to see the period represented in a major videogame, let alone one of my favorite series in recent years.

On the heels of a recent press event in which Ubisoft revealed new details about the title, I have even more reason to be excited. 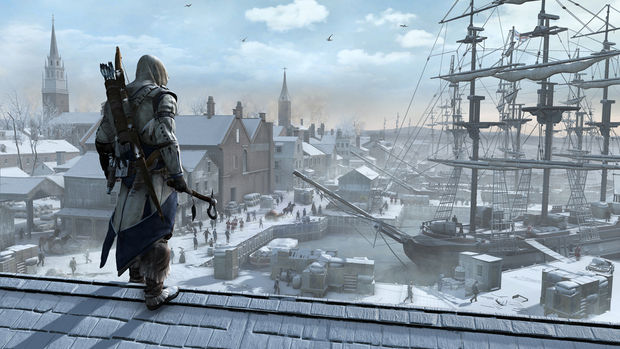 Ubisoft believes that the American Revolutionary period is the most relevant setting for the Assassin’s Creed series because of the narrative elements that run in parallel, particularly themes of fighting against a seemingly all-powerful enemy that seeks to enforce its will upon free men. Like other games in the series, historical figures will have prominent roles in the plot, including George Washington, General Charles Lee and Benjamin Franklin (whom Ubisoft was quick to point out will not be filling the same kind of inventor role that Leonardo da Vinci had in games featuring Ezio Auditore’s Italian adventures).

The new protagonist, Connor, will play a part in the conflict between Great Britain and its American colonies, with the game beginning in the 1750s and ending some time following the Revolution, but it is not his war. He is not fighting for one side or the other, rather seeking to further his own goals in the shadow conflict between the Assassin’s Guild and the Templar Order. Born into the Mohawk tribe, Connor is half-English and half-Native American, and he watched as the inaction of his people caused the destruction of his village. This causes him to seek justice and, ultimately, a new home with the Assassins. 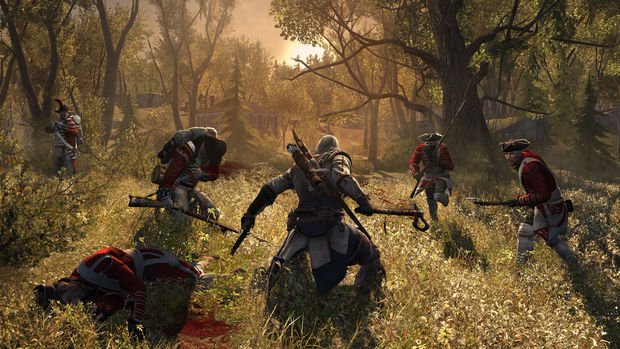 Perhaps a fiercer warrior than any character yet seen in the series, Connor uses traditional weapons from both his Mohawk past and his new life as an Assassin in combination, dual-wielding the hidden blade and a tomahawk. In demo footage, he was seen leaping headlong into combat with groups of enemies, with a combat style which seems more aggressive and less reactionary than his predecessors. In addition to his hidden blade/tomahawk combination, Connor will also have access to firearms (including flintlock rifles and pistols) and a consumable weapon similar in nature to the Chinese rope dart, which features a sharp blade on a chain used to silently kill an enemy from within a tree, stringing them up as he descends.

Connor is also more nimble than prior Assassins — or at least a little bit smarter. While Assassin’s Creed has always featured a lot of vertical activity in its play, the environment design has always placed emphasis on climbing over obstacles. In AC III, a new dimension is added by allowing Connor to move through and under them. One sequence shown involved Connor climbing in the window of a residence, running through and emerging out a window on the other side (I could almost hear Ferris Bueller yelling, “What’s for dinner? Smells terrific!”), while other examples were more simplistic in nature, such as quickly ducking under a tree branch to maintain momentum.

The character of Connor is an interesting one and I’m personally looking forward to digging into his personal story. That said, I do hope the voice acting we heard for the character in our demo is not representative of what the final product will be. The voice in the footage we were shown did not match well with at all my expectations based on the menace that the character exudes and his violent actions, as it is of a surprisingly high pitch, and I suspect that it would drive me crazy over the course of an entire game. 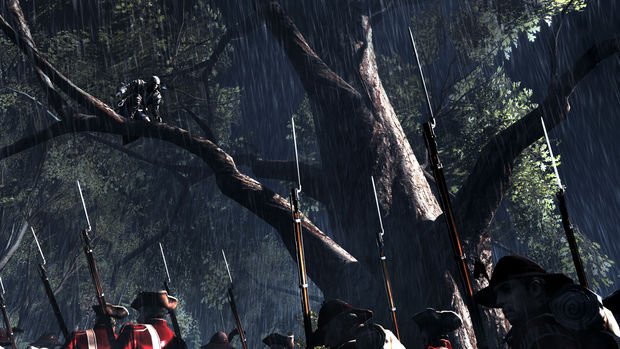 18th century North America is a vastly different environment for AC, which has up to this point featured cities with considerably more urban development than the colonies. Players will visit New York and Boston (Philadelphia was considered and rejected, its grid-based layout deemed too boring from a gameplay perspective), and a brief glance at the latter shows that the team certainly isn’t laying about when it comes to the city designs, but the real meat of the environmental design appears to have moved out into the wilds.

Dense forest areas can be crossed from within the trees, their branches a network of possible routes which appear almost overwhelming in their complexity, while rivers and cliffs offer their own opportunities for exploration and traversal. The greater emphasis on the great outdoors also includes the addition of wild animals. Deer, wolves and bears are among the beasts which can be encountered.

Weather will also be a consideration, specifically snow. As anybody who has spent a winter in New England will tell you, that white stuff can get awful deep and Connor will have to contend with snow in varying depths, affecting his agility. Of course, for all the trouble it’ll likely cause, there’s also the benefit of that pure whiteness becoming flecked with bright, red sprays from slain enemies. Beautiful. 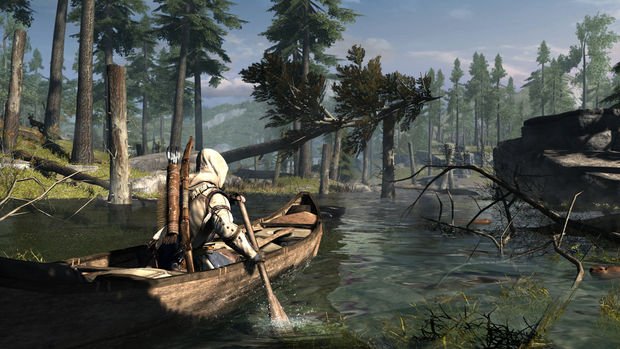 It’s an impressive list of features, one made more so when seen in action. While there was no playable build available for us to put our hands on, the morsels of gameplay footage Ubisoft bestowed were enough to draw some audible gasps from the room and people who had previously expressed tepid interest in the series were suddenly quite excited by the prospect of this new iteration. With the longest development cycle since the first game and a team headed by the most senior developers on the series, there’s a damn good chance that this could be the best Assassin’s Creed yet.