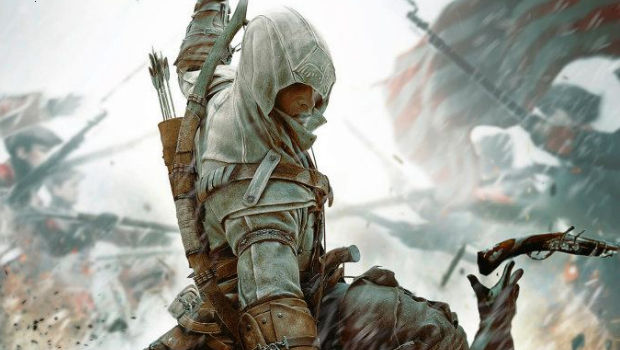 Ubisoft just uploaded Assassin Creed III‘s box art to Facebook, confirming once and for all that the main setting shall be the American Revolution.

You can note the British and American soldiers behind the hooded hero, who now looks more out of place than ever despite attempts to update the old assassin uniform.

Ubisoft has confirmed that more details are set to arrive on Monday, so keep an eye for that. Also, God bless America and all that stuff!