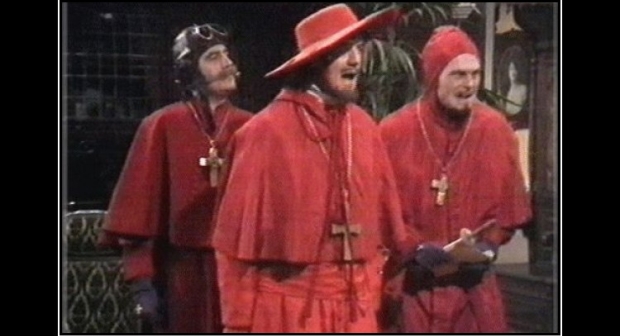 Ubisoft is bringing a new Assassin’s Creed game for the Nintendo DS and DSi. In Assassin’s Creed II: Discovery, you’ll be playing Ezio traveling Spain to rescue other assassins being held captive under the guise of the SPANISH INQUISITION!

DSi owners will get an extra feature where you’ll be able to take a picture of yourself and put them into the game’s wanted posters scattered across levels. Um, cool?