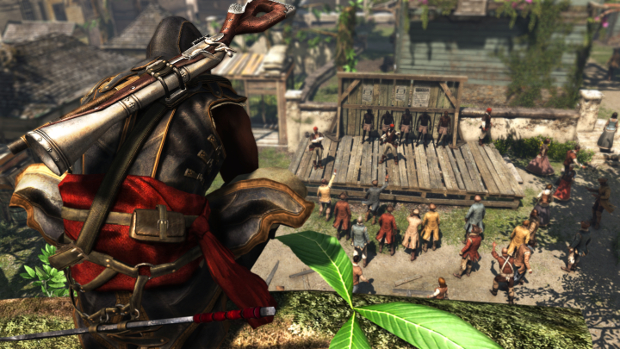 Out for PS3 and PS4 on February 18, followed by PC release on the 25th

The release of Assassin’s Creed IV: Black Flag seemed to have won back a number of fans of the series who felt burned by Assassin’s Creed III. Taking the series to a pirate setting allowed for expanded exploration and naval combat, which many appreciated. In addition to this, Black Flag also saw a sizable DLC campaign in Freedom Cry, which Chris Carter thought was a lot of fun. Now, it looks like Ubisoft is taking some cues from Far Cry 3: Blood Dragon, and plans to make Freedom Cry available to fans as a standalone release.

The standalone version of Assassin’s Creed: Freedom Cry launches February 18 for PS3 and PS4, along with a PC release on February 25, according to Ubisoft. Occurring some time after the events of ACIV, players take on the role of returning character Adewale, who must face his own past while freeing captured slaves throughout Haiti. Along the way, he’ll acquire a ship of his own and build a crew to exact revenge on the slave owners.

While Freedom Cry is already available for fans who have Black Flag, gamers who haven’t taken the dive now have an another option. This is a pretty interesting approach to DLC that Ubisoft is doing. I think it’s great that the publisher is allowing gamers to have access to special content without requiring them to purchase a $60 game first. However, I do find it disappointing that the same treatment won’t be given to Xbox owners, as PlayStation has the console exclusive release for the standalone product.