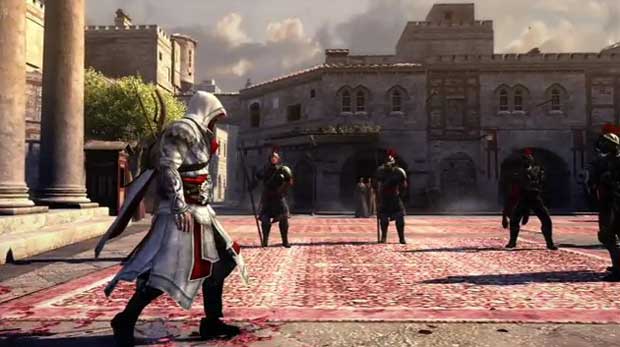 The Assassin’s Creed: Brotherhood developers lurking in the shadows wearing hoods are back!

In this second developer diary, we learn more about Rome, where Ezio moves after his villa (which you busted your ass building in Assassin’s Creed 2) is destroyed. Here, he works to build his order while fighting against Rome’s strong military presence, helping build the city up for the good of the people.

The game, as you’d expect, looks gorgeous. I’m still impressed that Ubisoft is looking to create such a polished, full-featured follow up to Assassin’s Creed 2, and so quickly. Sure, it’s only the collective efforts of at least three of Ubisoft’s internal worldwide studios, but it looks like they’re pulling it off, and I can’t wait to play more.

Assassin’s Creed: Brotherhood is out November 16 for PlayStation 3 and Xbox 360. Ubisoft recently revealed that the PC version of the game will see release next year.