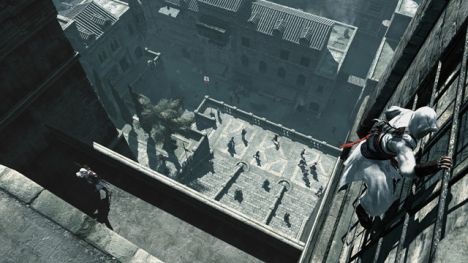 Assassin’s Creed was a hotly anticipated title last year, and it’s no secret that some gamers were disappointed with the final result. It seems Ubisoft is well aware of the mixed reception to the game, per recent comments made by Ubisoft North American President Lauren Detoc to Forbes about bringing the series back when “there will be more anticipation for it.”

Detoc also mentioned Prince of Persia, addressing the absence of games from the series in recent years, saying “As we get bigger, we can give it more breathing room.” Also interesting … I have enjoyed the little bit of Prince of Persia I have played, and I would be very interested to see where Assassin’s Creed could go with some attention to the details that bothered gamers about the first title. Would you play a sequel?