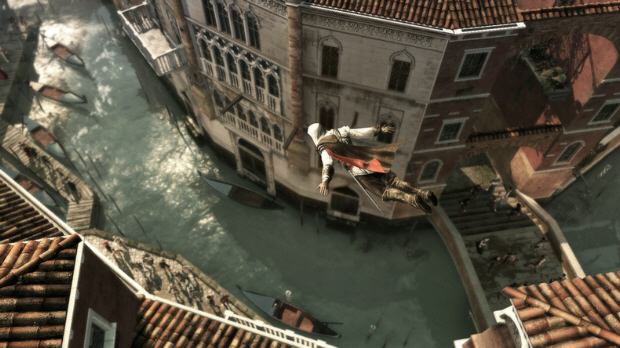 Atair and Ezio, future and past — where’s it all going? Ubisoft lead writer Darby Mc Devitt probably knows. He certainly knows what’s going to happen in the next series game, Revelations. Guessing from what he told Xbox World 360 magazine, he likely knows the story even beyond that, as he estimates that 85 percent of Assassin’s Creed’s lore is already written out.

“We have about – to give it a rough estimate – 85 percent of the Assassin’s Creed lore mapped out, but new things always happen along the way,” he told Xbox World 360. He added: “if a writer comes up with a cool new story which sits deep within the narrative, this might end up changing things. But we do have things planned out.”

And to prove that they’re just not pulling this stuff out of their ass: “Altair’s complete story arc has been mapped out for two years, and Ezio’s story in Revelations was being conceived and planned when the team started working on Brotherhood.”

But what will come next? How will they continue to flesh out and ultimately wrap up the story?

“So we’ve known the end of Ezio’s story for some time – it’s just a matter of working out how we present that: do we do it in a game? In a comic book? In a handheld game? In a facebook game?”