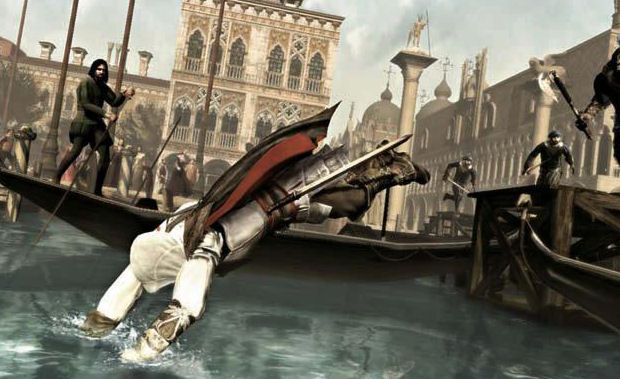 “I felt that, ‘Okay, there were too many things to do and to finish.’ So we said, ‘Okay, let’s take a portion of the game that was planned and we’ll give it in DLC.’ We’ll remove some stress to the team while giving more to fans and people who like Assassin’s Creed,” justifies Ubisoft Montreal’s Patrice Desilets in an interview with Kotaku. “I think we gave them so much content that they cannot say that we owe them, that we didn’t give them a lot for their sixty bucks.”

I don’t think cramming a game full of rooftop races and identical “beat up this guy” missions is content, exactly, but whatever. Do you agree with Desilets? Was Assassin’s Creed 2 full of so much brilliance that the studio was justified in locking out content, or is Ubisoft just trying to justify the same tactics employed by DLC whores like Namco Bandai?