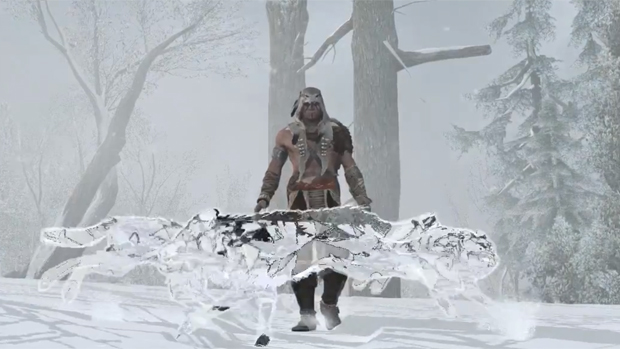 How the hell did I miss this?

The downloadable content for Assassin’s Creed III has more than a despotic King Washington going for it. It also grants new abilities to Connor, and you can see probably the most terrifying of them in this new trailer.

The “Power of the Wolf” is one thing, allowing Connor to become invisible, but Ubisoft took things too far with the “Wolf Pack” power. When activated, as you might expect from the name, this ability summons a pack of wolves which will attack enemies. What I didn’t expect is that the wolves are invisible too.

Great. I’m not going to sleep for weeks now thinking that there could be a pack of translucent wolves waiting around any corner to tear my throat out. Meanwhile, the next chapter of the Tyranny of King Washington DLC for Assassin’s Creed III, releases on March 19.