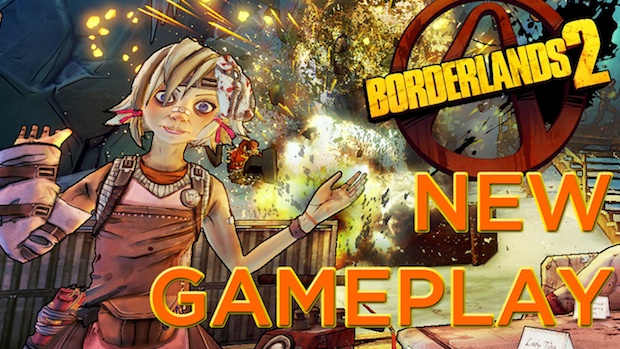 I can’t say I blame 2K for highlighting Tiny Tina’s side quest as part of their Borderlands 2 demo earlier this week. We already know the game is going to be hilarious, but Burch’s portrayal of the 13-year-old pigtailed psychopath just sweetened the deal for me.

Watch the video preview above for a sneak peek of Tiny Tina’s mission, along with a first look at some of the game’s new features, including a Secret Stash that lets you trade items between characters and a Badass ranking that improves your stats!

If you’re still itching for more, be sure to check out our interviews with Gearbox’s Randy Pitchford and Borderlands 2‘s Design Producer, Randy Varnell.