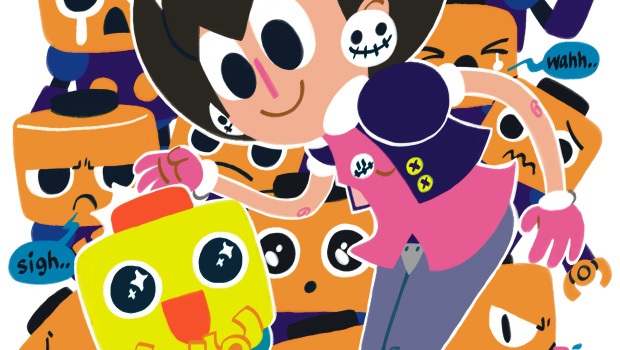 OMIGOD! So cute! You’re killing us with the cuteness, Ashley!

Let me bring y’all up to speed. Last year, comics studio UDON announced that it would compile the choicest user submissions into a Mega Man Tribute art book, which would span the entire Mega Man franchise sans the Battle Network and Star Force games. A few months later, I totally freaked out upon learning that Dtoid alum Ashley Davis would have a piece of hers included in the tome.

UDON has been keeping a tight lid on the featured artwork prior to the book’s unveiling at the San Diego Comic-Con next week… until now. The studio has invited the various project artists to share their work on deviantART and is compiling the pieces into a single gallery. It doesn’t contain full range of material, but it should give you a taste of what’s in store.

Of course, all I really care about is Ashley’s absolutely adorable Tron Bonne piece! Look how happy that one Servbot is! The others are so totally jealous!

The limited-run, $80 hardcover edition of Mega Man Tribute will be available at SDCC and on the UDON site while supplies last, but there’s always the cheaper softcover version, currently marked down to $26.39 on Amazon, that will arrive in September. Buy a copy or I will cry.