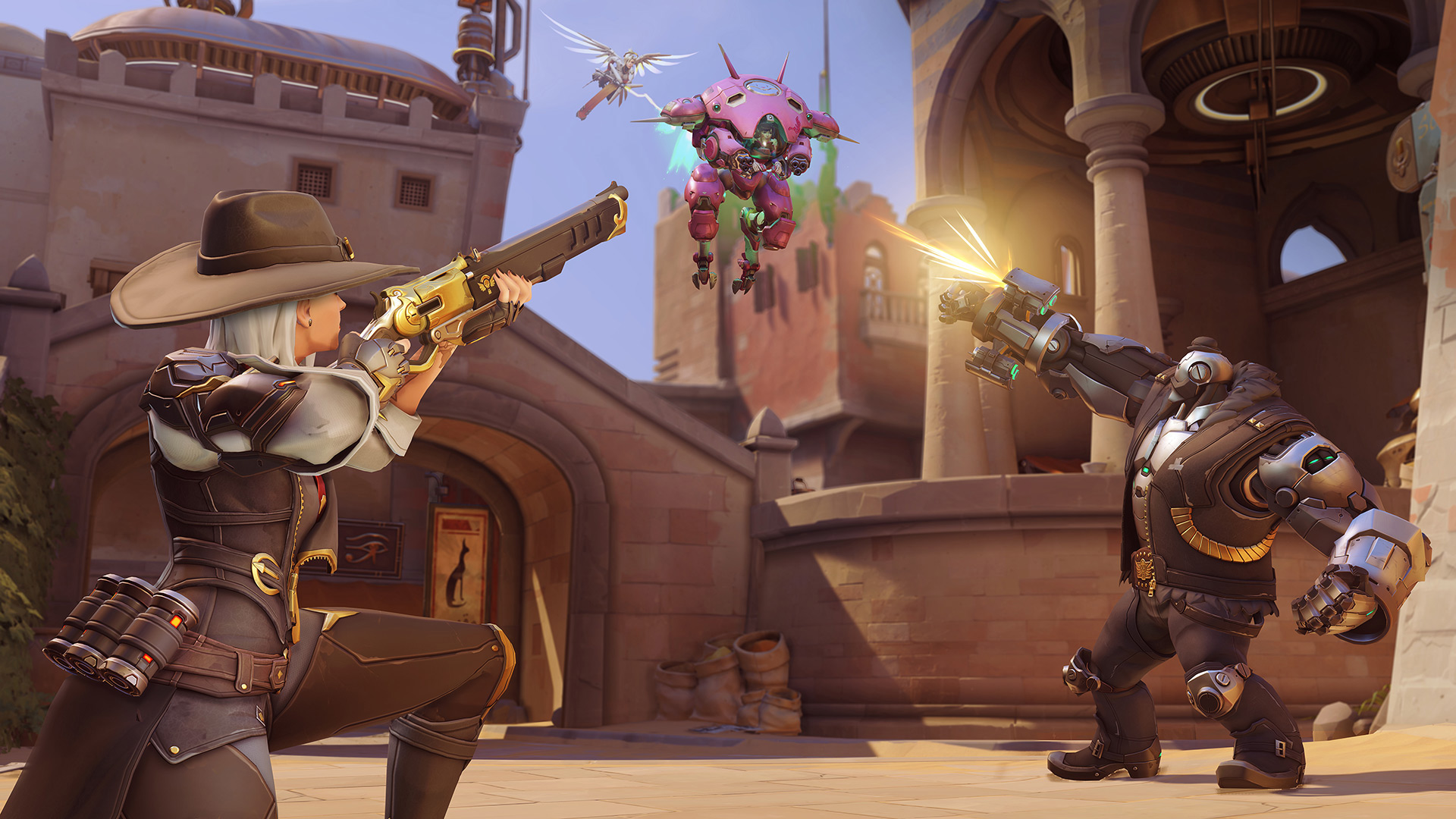 Following her BlizzCon debut, the newest Overwatch hero Ashe is playable today on the PTR.

The Deadlock Gang leader wields a semi-automatic rifle, chucks dynamite that can be shot mid-air, has a knockback ability, and can temporarily summon her hulking omnic bestie Bob to rush down foes and light them up. “As a member of the team, Bob is able to contest objectives, preventing enemy teams from pushing the payload or securing points until he has been eliminated or leaps away,” notes Blizzard.

I probably should’ve expected this, but I’m also pleasantly surprised to learn that Ashe’s skins also change Bob’s appearance. You can find an image gallery below. I feel like most people will be drawn to the Gangster design, but I am definitely leaning toward the metallic pink Thorn skin.

“We think you’ll love the way that this gun shoots, and it really is the most defining thing about [Ashe’s playstyle],” said game director Jeff Kaplan. He also shared this pro tip: “If you have an Ana on your team with Ashe, and Ashe unleashes Bob onto the battlefield, Ana can actually nano boost Bob.”

Fans are already making other fun discoveries. After summoning Bob, you can wave to him and he will dutifully wave back. I bet we’ll see that interaction pop up in the occasional Play of the Game.

It’s hard to believe the next hero will be Overwatch‘s 30th.