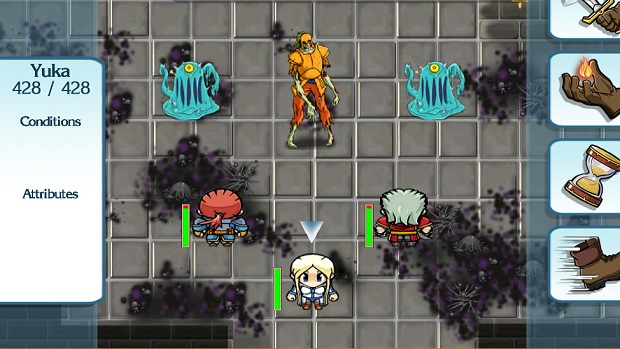 The sequel to Ash, a turn-based RPG developed by SRRN Games popular among the mobile-RPG crowd, has now been released on iOS devices.

Picking up right from the cliffhanger the first game had left players on, Ash II: Shadows sees Aghaus in some more trouble as they rejoin Nicholas and Damien to take on new quests, meet new characters and for the first time in an Ash game you’ll have the chance to uncover a crocodile hiding in a tent. That last one had me most excited.

To celebrate, Konami has cut the price of the original Ash game to $0.99 for a short time so those who haven’t gotten into the series can do so; no excuses. Also, Ash II: Shadows will come in a Silver and Gold edition. The Silver edition is the base game for $2.99 with Chapter 2 DLC free and 50% off future content while the Gold edition will grant all future DLC free and is going for $4.99.