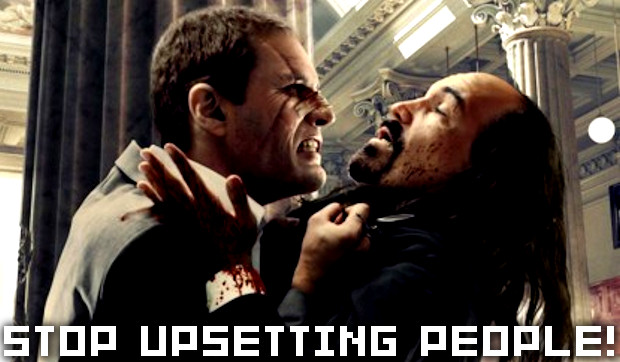 The Advertising Standards Authority has cropped up many times over the past few years in connection to videogames, mostly because the group in charge of London’s many adverts seems to buckle under the pressure of as many as twelve complaints and has pulled a number of videogame commercials. Now the ASA is hoping to nip the whole thing in the bud — telling game companies to stop causing controversy.

Publishers are being asked to consider “the wider context” of their advertising to ensure that the ASA doesn’t ban them from television. Apparently, publishers are being encouraged to not just stick to the rules, but to go beyond that and work extra hard to make sure they don’t “distress” members of the public.

Absolutely ridiculous, if you ask me. This is why so many people have become utterly weak and unable to fend for themselves. Pure mollycoddling, kid glove nonsense. If we’ve reached a point where we’re worried that someone will be “distressed” by a bit of digital violence on a television screen, then we might as well just give up.

I also still have no idea what videogame ads are doing that’s somehow far worse than the amount of sex and violence already prevelant on television.