I want to go

For decades I’ve stared at this iconic picture of Link staring off into the distance at an idyllic countryside, and thought nothing of it. I mean maybe it wasn’t idyllic for him, as Ganon was reigning over the land and that mountain in the background was actually Death Mountain, but still.

I’m staring at the picture more than ever this morning, as this post over on Reddit proves that this area is a real place you can go. While many were quick to call it fake, several others who live or have been to Wyoming confirmed that it’s actually Grand Teton National Park — which you can confirm yourself with a quick Google search.

All I have to say is “wow” to this one. My wife and I try to go to a park every week and walk around, but at some point I’ll need to head here. 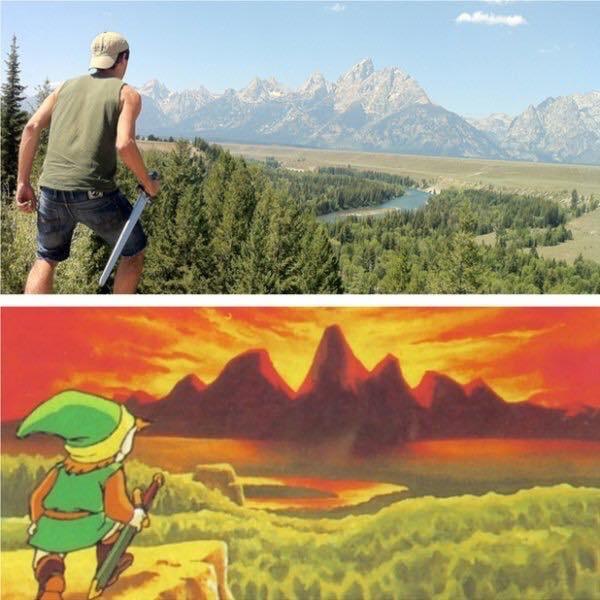