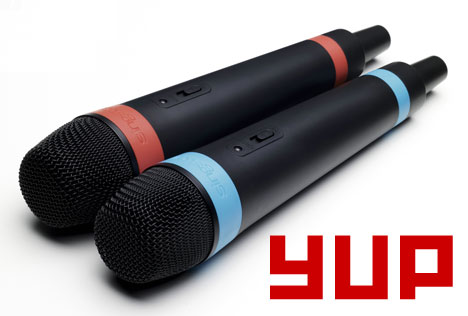 Sony has finally decided to pull the cloth back on its big-gun secret that will win the console wars, revealing the wireless SingStar mics that will ship later this year.

You may remember that Sony Computer Entertainment Europe asked SingStar fans to try out the Wireless SingStar Microphones a few months back. Their response? Well, 99% of them said they were “excellent” or “very good.” That sounds both excellent and very good for fans of SingStar who simply hate wires, but love singing.

Sony have also revealed SingStar Pop Edition for the PlayStation 3, a game with an all new setlist, and a fancy “voice control” feature. This means that players won’t have to use the PS3 controller to select songs. They can just yell out stuff like “Jordan Sparks featuring Chris Brown ‘No Air,’ bitches!” or “Reeeeee-haaaaab!” and the game will select it for them. Pretty neat.

The full setlist for SingStar Pop Edition — which appears to be shipping internationally with the same list of tracks — can be found after the jump. The Wireless SingStar Microphones will be available in UK stores on March 20. No info on a North American release has been revealed.