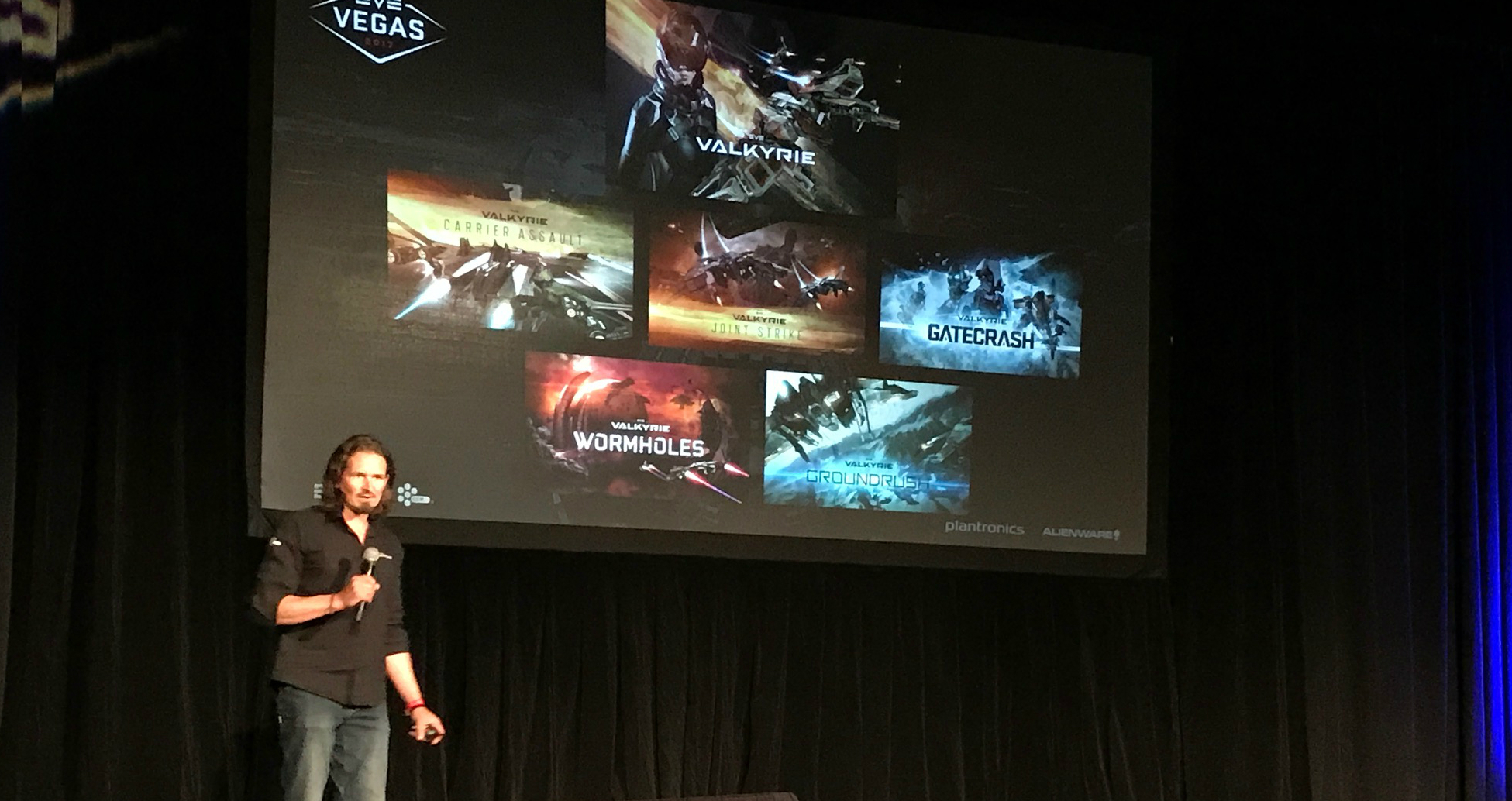 Custom games and spectator options are on the way

EVE: Valkyrie was the first major game to ever launch on a consumer-grade VR platform (it far overshadowed Lucky’s Tale back in March of 2016 on the Rift), and even though it did eventually arrive on the HTC Vive and PlayStation VR marketplaces, it maintained its hard stance on virtual reality — until recently.

Its most recent update EVE: Valkyrie – Warzone removes the VR requirement, but it does it in the best way possible by still allowing full cross-platform support across the PC and PS4, eliminating all walled gardens in the process, including an actual (still expensive) headset. Yep, you can play against VR users without using VR and vice-versa.

Lead designer Andrew Willans had a lot to say about this journey at a Valkyrie keynote at EVE Vegas this week, as the team prepares for its seventh major update to arrive this winter.

While Warzone is a hefty patch all on its own (no more VR, a capture the flag style mode, two new maps, a few quality of life changes), Wilans explains that they’re also hard at work on a winter update, which will hopefully bring a few long-awaited features into the fray — spectating and custom matches. Although he constantly refers to a few bells and whistles as “stretch goals” that might not be done in time, he showcased both first and third-person spectator perspectives with eSports style action camera options, as well as the ability to program custom matches for individual round parameters like objective types and even minutiae like “speed of capture” for certain gametypes.

They’re also looking to satisfy the needs of a lot of hardcore flight sim players with PC options like multi-monitor support, expanded flight stick support, and Tobii eye-tracking, but maintain that there will still be parity with console editions so they don’t get left out in the dust. This whole mentality is genius as CCP doesn’t need to hedge its bets in any particular arena of VR, whereas droves of other studios are working out long term or perpetual exclusive deals with platforms that may or may not pan out.

As I’ve said several times in the past, one of the cooler aspects of CCP’s events is how much they integrate with the crowd. As soon as Willans was done with his presentation he plunked himself down into a group of fans, and started having a candid conversation about mechanics and where Valkyrie was headed — without a PR person to guide his every move.

While CCP hasn’t given us hard numbers on concurrent players or whether or not the Warzone update has reinvigorated the game as much as they would have liked, they seem happy with the state of the game and are still moving full steam ahead with their audience behind them all the way.