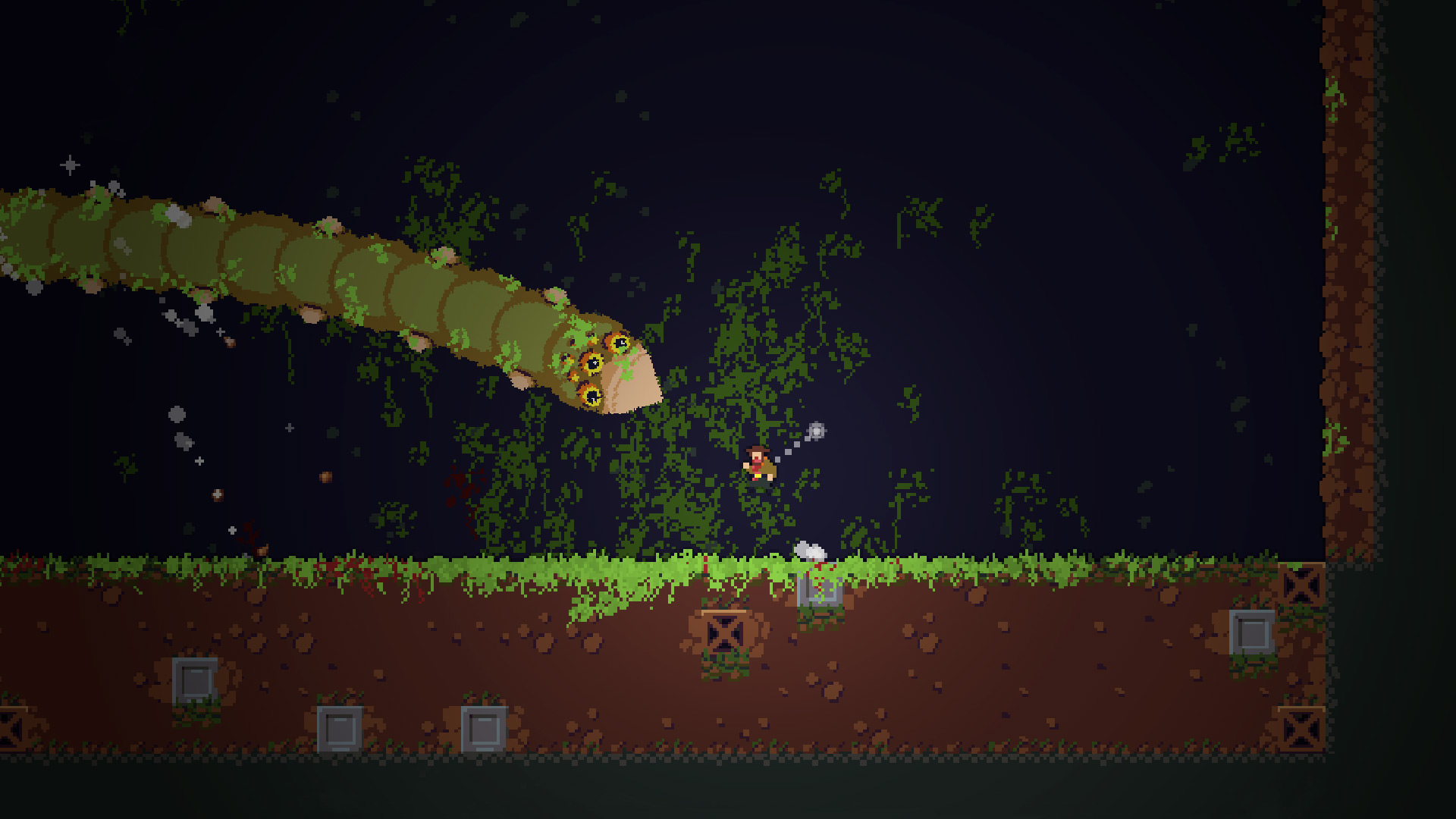 Local co-op is the icing on top

It’s a slight bummer that I’m only now for the first time hearing about Caveblazers without letting its name go in one ear and out the other, but I’m ready to make amends. The bouncy roguelike platformer shares DNA with Spelunky and Risk of Rain, two of my favorite games, and it’s coming to Nintendo Switch this week. For once, I won’t need to double dip on a Switch-bound indie. That’s my silver lining.

Caveblazers is coming to #NintendoSwitch on the 10th of January!
Help spread the word with a cheeky RT 🖤https://t.co/fjbwJgX7xD#gamedev #indiedev pic.twitter.com/irFpVeCHxk

I should’ve known better, though. Patrick featured Caveblazers in his “best games of 2017 you didn’t play” round-up, elaborating that these particular roguelike acrobatics have more of an RPG tint to them. The game scratched his (very relatable) Spelunky itch without feeling too derivative, and Patrick even warned that it’ll “suck you in and completely dominate your free time once you get started.”

You’ll delve below the surface, collecting weapons and items and equipment to help you see this venture through to the end. This footage is from the original PC title, but it still gets the point across:

I can sympathize with anyone who wants a breather from platformers with randomization or any number of other roguelike influences, but right here, right now, Caveblazers sounds splendid. I don’t think I’d care to play the PC version all cramped at my desk, but I can envision snuggling up with my Switch. Speaking of which, there’s two-player local co-op support for some added zest.

The Nintendo Switch port of Caveblazers releases this Thursday, January 10. It’ll cost $14.99 regularly, but developer Deadpan Games has knocked the price down to $11.99 with a pre-purchase discount. The word-of-mouth on Steam looks peachy for the most part, so I’m jazzed to see how I like it.