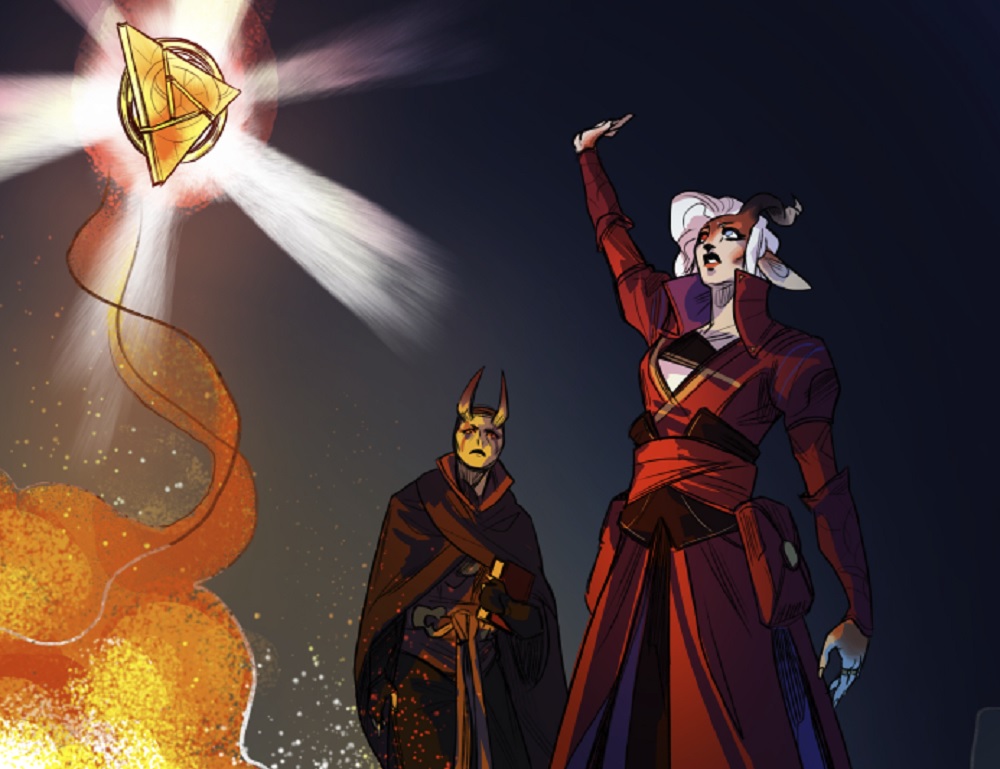 Yes, there is a storyline

A lot of people think it’s strange that MOBAs (pretty much all of them now) have ongoing narratives, but it’s an easy way to keep people invested and a few of them are quite good. Valve is doubling down on that strategy with Artifact, a card game that also operates within the confines of the DOTA world.

Your first real taste of it (if you haven’t been playing Artifact pre-release) is this prelude comic book, which fits right into the modus operandi of Blizzard, who also provides comic books for several of its properties (including the MOBA Heroes of the Storm). Valve claims that this series will “transform the world of DOTA forever,” so stay tuned.

Artifact officially launches on November 28 at approximately 5PM ET, based on the Steam listing. We’ll have impressions for you right around launch.