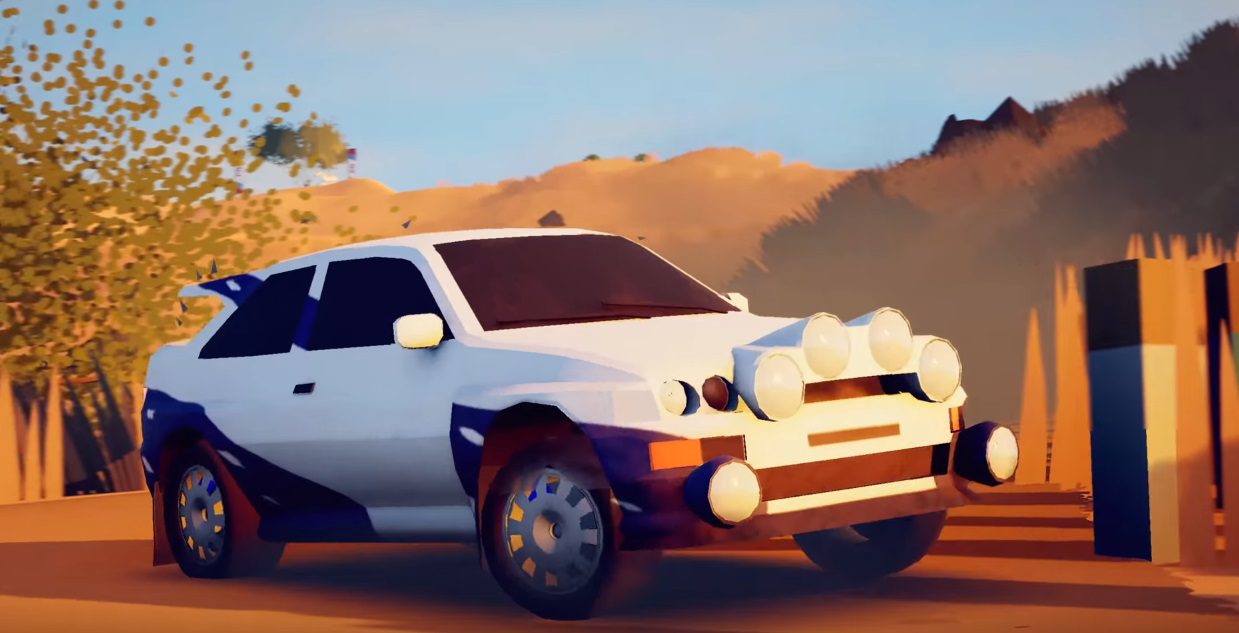 It’s been a very long wait, but PlayStation owners will soon have the opportunity to get down and dirty in the stylized world of Art of Rally. Funselektor Games announced that the stylish racer will launch on PS4 and PS5 October 6.

Launching on PC in the fall of 2020, with console platforms joining the party this past summer, Art of Rally is a charming racing title that combines authentic driving mechanics with a hyper-stylized visual aesthetic — creating and mud-slinging experience that is at once realistic and fantastical. Art of Rally was universally praised by critics at launch for its cool, almost dreamlike visuals, neat soundtrack, and satisfying controls — not to mention its “pick up and play” accessibility to fans of all skill levels, even people who are God awful at racing games, like The Industry’s Chris Moyse.

Art of Rally boasts 60 global stages, which see drivers burn rubber across the United States, Europe, and Japan in one of 60 vehicles — from the earliest rally racers of the 1960s to the boxy behemoths of the 1980s. Various custom modes and maneuvers promise a drifter’s paradise, while the integrated Photo and Replay modes will allow players to record and share highlights from the trek across the globe. Art of Rally takes pride in being as deep, or as shallow, as the individual player appreciates, and is well worth taking for a test drive on your platform of choice.

Art of Rally launches on PlayStation October 6. It is available now on PC, Xbox, and Nintendo Switch.