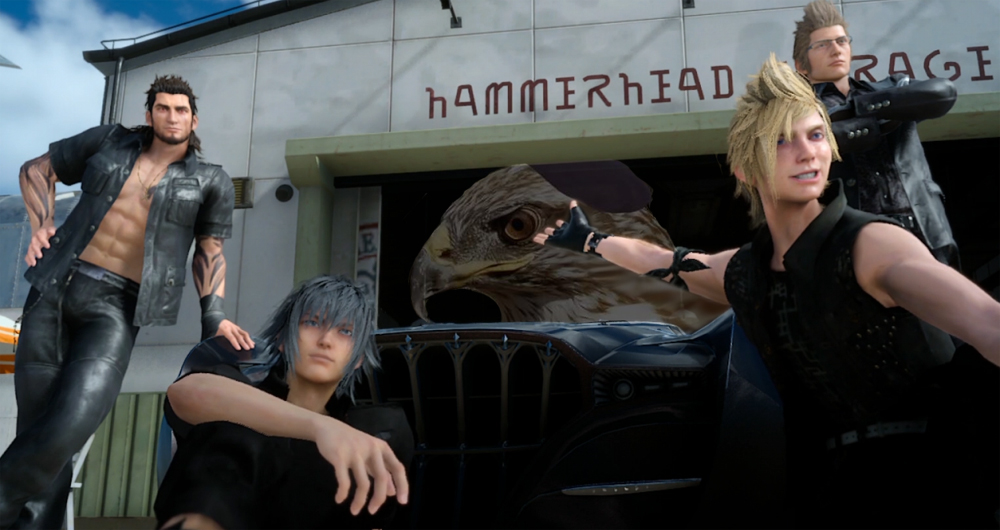 A bird yells about beautiful boys for 3 minutes

Art Hawk is a self-mocking think-piece video series that started as a spin-off of an even more self-mocking think-piece video series called Talking to Women about Videogames. Between the two, Art Hawk was the easier one to make, but other than one episode about Candy Crush that was a hit with some smartypants game developers, the series struggled to find its audience. That combined with the fact that I just sort of stopped having new ideas for the series led to it going on hiatus for a while.

Then a couple of weeks ago, long time Destructoid Community member and collaborator Andrea Ritsu asked me if I wanted to bring Artimus back to talk about Final Fantasy XV. I said sure, though I have no idea what makes that game art more than any other action-RPG. Andrea wrote up a script, and a few ad libs and hours in the editing bay later, Art Hawk was back.

In many ways, the episode is less about Final Fantasy XV, and more of a declaration of appreciation for Bishōnen character design in general, which isn’t exactly a new thing to many of you dear readers. But if you’re looking for any excuse to celebrate your love of beautiful boys, or of the rejection of gender norms in general, then this hunky hawk has you covered.