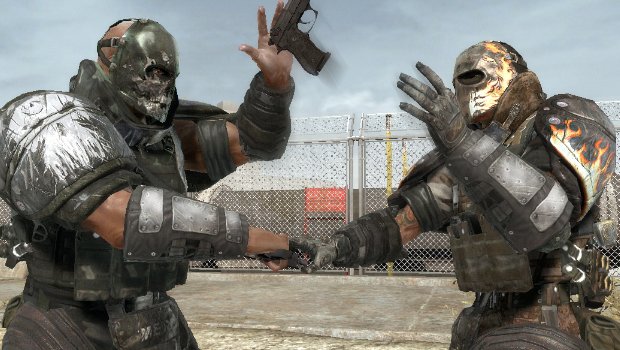 [Update: Destructoid has been told Carlos Ferro is voicing Alpha. THAT IS A THING WE KNOW!]

The Army of Two series hasn’t exactly set the world on fire, but Electronic Arts clearly must be making some bank off it. Army of Two: The Devil’s Cartel has the masked brosephs returning for another masculine adventure in 2013.

Set in “The deadly streets of Mexico,” Cartel has Alpha and Bravo taking on evil drug warlords. The sequel will have “tag-team” features rolled into the traditional co-op gameplay, as the studio aims to freshen the series up a little bit.

Visceral Montreal is handling development. The studio was formerly known as EA Montreal, developer of the last two Army of Two games. It’s slated for release on Xbox 360 and PS3 in March 2013.