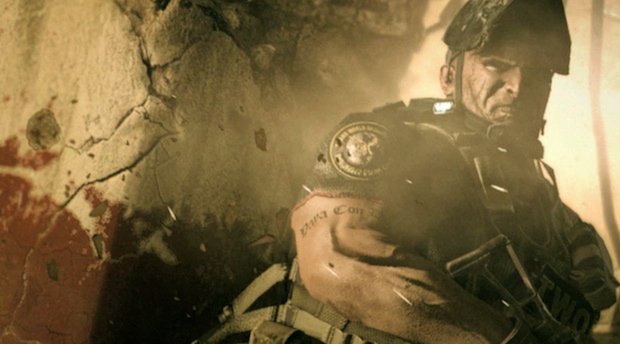 One of the first — if not the first — TV spots for Army of Two: the 40th Day doesn’t measure up to the brilliant bit of marketing we witnessed with Borderlands. No midgets, no three-balled bosses, or loot are shown. But there is a bit of humor, particularly in the scene where Salem and Rios think it’s a good idea to lift their masks while being shot at.

Then again this is the duo that can’t handle being in a GameStop, or walking around in an office without attempting to kill a woman and/or shooting something.