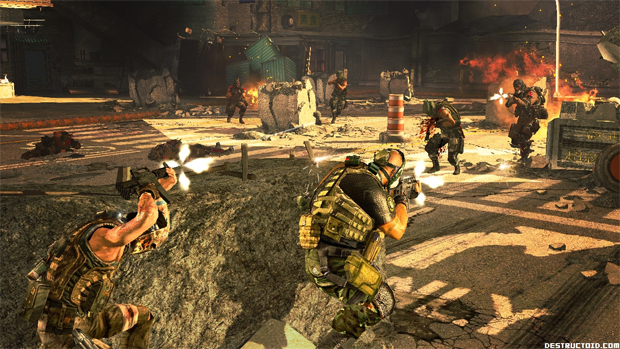 Remember how much we all hate it when videogames get released during the end of the year and it’s virtually impossible to play all of the good ones? Do you also remember how companies are afraid to put out their games during the same time as Modern Warfare 2, which happens to be coming out near the end of this year?

Where am I going with this and will I please stop asking f***ing questions already, you ask? My point is this: now that so many big-name games are being pushed back, the first month or so of 2010 is going to be saturated. Instead of being crowded in October – November, now it’ll be crowded in January. Brilliant.

Anyway, Army of Two: The 40th Day has been dated for January 12 of next year and is making it to Xbox 360, PlayStation 3, and even PSP. If you decide to pre-order, you’ll get the “Extraction” multiplayer mode, otherwise you have to wait for exactly one month for it to be unlocked.

For whatever reason, I’m more pumped for The 40th Day than anyone who has literally only played the first mission from the original game ought to be. Anyone else?