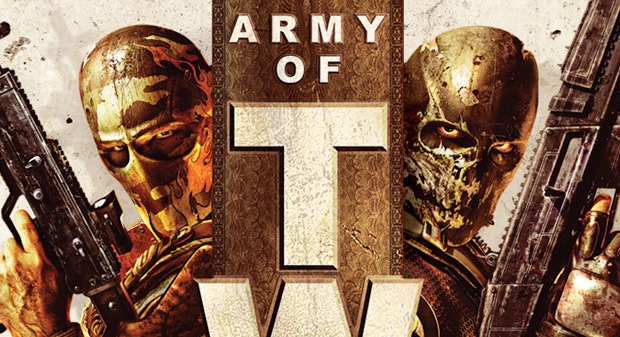 Up until recently, I was only casually interested in Army of Two: The 40th Day. It hovered on my radar, but it was far from top priority since there are a sea of other worthy games on the way at the end of this year and even early in the first part of 2010.

Under the best case scenario, I figured The 40th Day would just be one of many titles on my backlog when it got released in January. That was until I saw someone playing the game at PAX. “This looks pretty neat, I guess.” But then, the guy playing used a dead hippo as cover from the onslaught of bullets being fired his way.

There isn’t a real award for best cover in a videogame, but there totally should be, and it needs to go to Army of Two: The 40th Day. Oh, and the box art for the game has been revealed. Take a look at that and wish there was a dead hippo hidden somewhere on it.