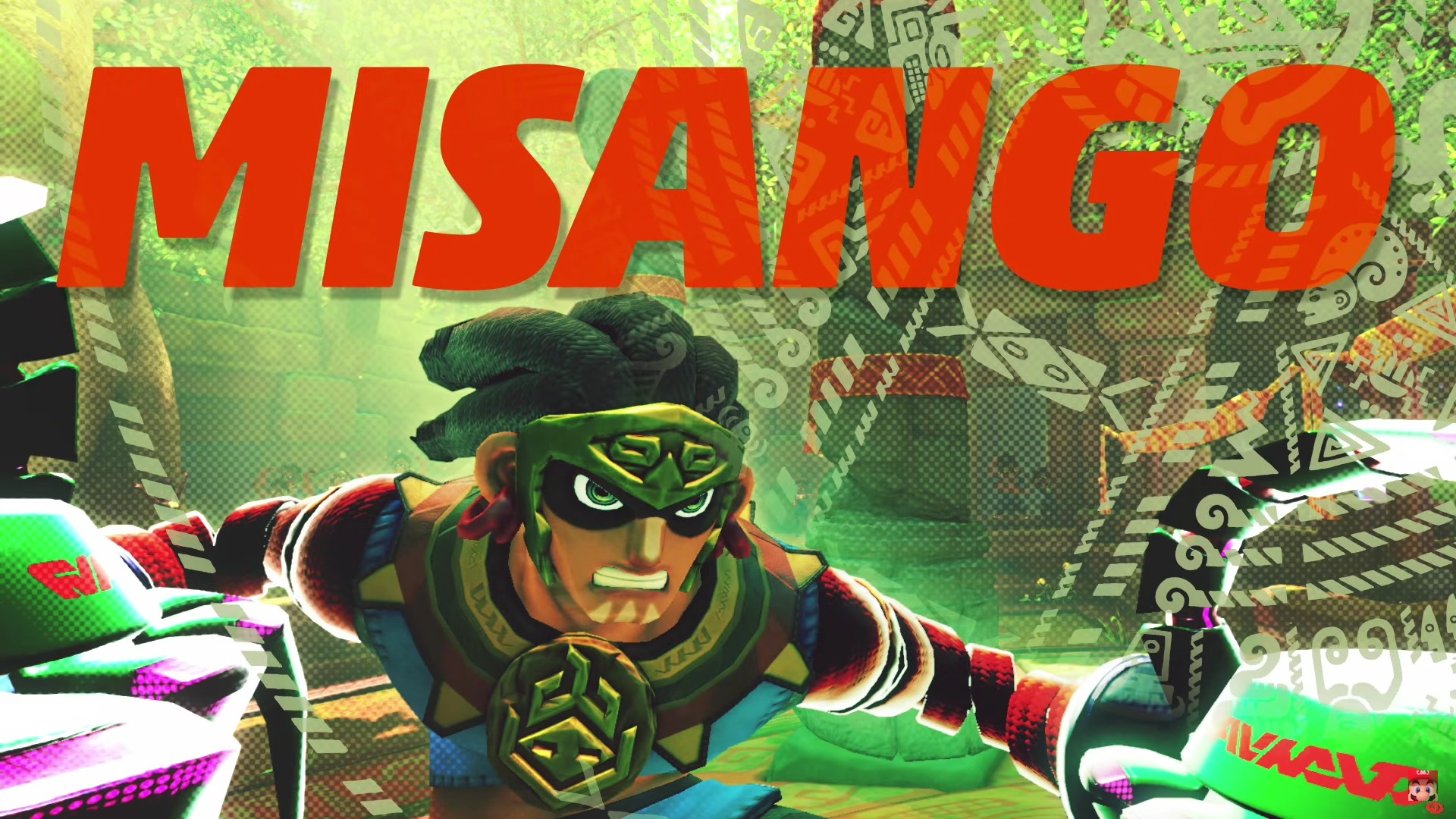 We already knew ARMS’ 4.0 update was landing tomorrow, but the mystery character was never shown. I guess a small hint of a temple setting should have clued us into his theme, but Nintendo has pulled back the curtain and unveiled Misango unto the World. He looks kind of like a reject PS2 era mascot, but I can dig it!

Along with the Aztec stylings, it looks like Misango will be able to utilize poison punches and torpedo arms. I’m a big fan of anything that can create mind games for an opponent, so I might gravitate towards Misango in the future. As with both of the previous character, Misango will be free with the new update, so you won’t have much excuse for not trying him.