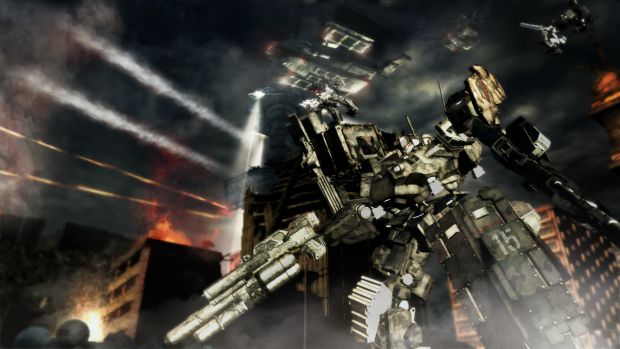 The Armored Core series has been around for the last fifteen years now. I don’t know about you, but after the numerous versions of the PlayStation 2 version of Armored Core games, I kind of just gave up on the series. Things just got pretty stale. It looks like FromSoftware felt the same as they next game in the series is a “new born” Armored Core game.

FromSoftware didn’t share too much about Armored Core V, but they did cover three points that they wanted fans to know about. Everyone — even in single-player — will play online, gaining and taking over other people’s territories is key to progressing and V has more content than any of the past Armored Core games ever. 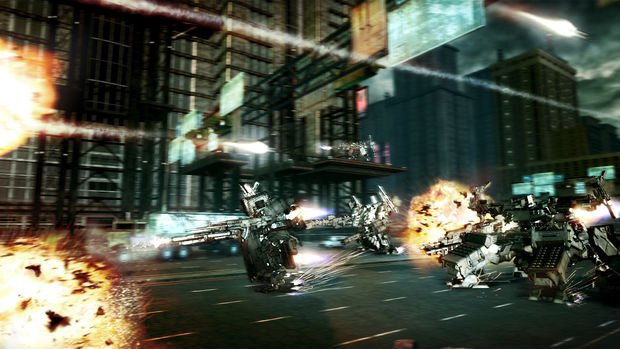 With the past Armored Core games, online was simple a player-versus-player deal. Now, online is an essential part of the experience and more than just robots fighting each other. The main means of furthering your game is by gaining territories which isn’t an easy task to do by yourself. This is where your friends or randoms come into play. You have to form teams in order to capture areas away from other teams. Players can plant bombs and put down other traps to prevent other players from taking over your land.

Teams that are successful in capturing territories are also able to create their own missions for other players to play. FromSoftware hopes that this creates a lifetime loop of content for their fans. So long as people are playing and capturing territories, there will always be something to do. 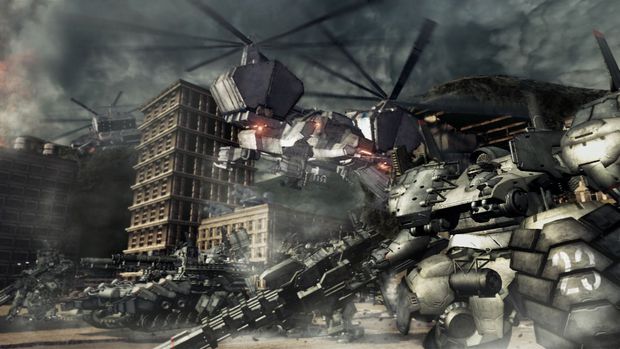 The last main point that was made was about the customization aspect. FromSoftware has taken all the knowledge they have from the past games and put it all into V. A bold claim, backed by the fact that there are over 500 items — the most ever in an Armored Core game — that players can use to customize their robot killing machines.

That’s all FromSoftware would spill during the Namco Bandai Ignite preview. They promised more info later, which I’m looking forward to as I have so many questions still. I’m really confused as to why single-player is setup to be online only even with the fact that there is a full-fledged story to go along with it. Most of all, I’m curious to see how this all translates into the actual game. Putting the entire focus with online is a dramatic change and depending on your users to keep the game alive isn’t always the best idea.

Armored Core V will be out by year’s end in Japan and early 2012 in Europe and the US.