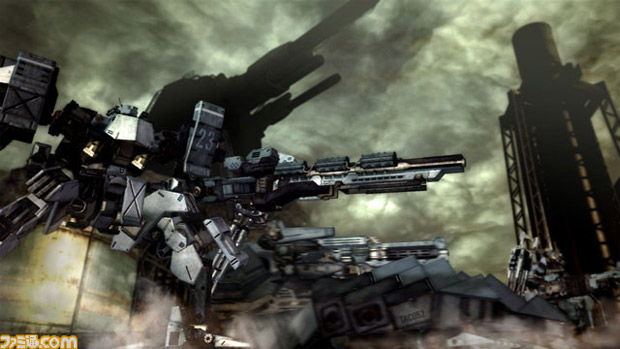 Invites went out from From Software to Japanese gamers today for the beta for upcoming title Armored Core V. According to The Daily DL, this beta will give a taste of the final product, offering team play, story missions, customization of mechs and a look at the new Mercenary System.

There’s actually two betas for AC5 running through the month of July. The first is for PS3 folks (July 1-14), and the next is for the Xbox 360 kids (July 18 through August 1). Japanese gamers will get the finished game a couple of months later, on October 20th. Us? You’ll have to wait a bit, I’m sure.