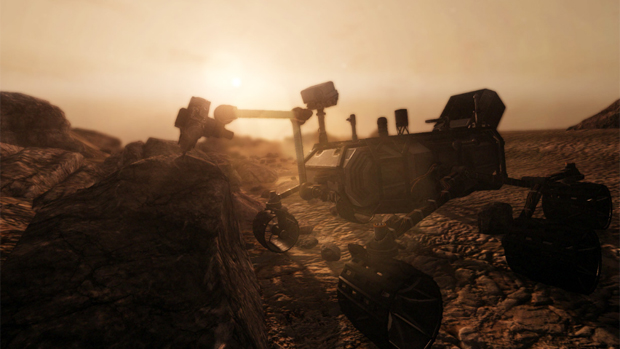 We could always use more of those

Bohemia Interactive, the developer behind the Arma series and the popular DayZ mod, have announced that they are working on a Mars Rover sim called Take On Mars. Players will be able drive around the surface of the red planet exploring and doing scientific missions.

The terrain will all be based on satellite images of Mars and built using the same Engine as Arma, so it’s going to be crazy detailed. It will also have a destruction system so your Rover will break over time if you drive like an insane person. It will have full mod support, just like Arma, and players will be able to create and share their own missions. Ideally someone will cross this with DayZ and we’ll get to fight zombies on Mars.