It’s clear Arkane Studios isn’t done with Prey, one of our favorite games of last year.

A couple of months ago, the developer posted teaser-y images and hinted at an announcement scheduled for June 10 (the same day as Bethesda’s E3 press conference) with some real gross eyes. Earlier today, Arkane added a batch of conspicuous new achievements to the PC version of Prey.

Together, they spell out the message “If you believed they put a man on the moon.” 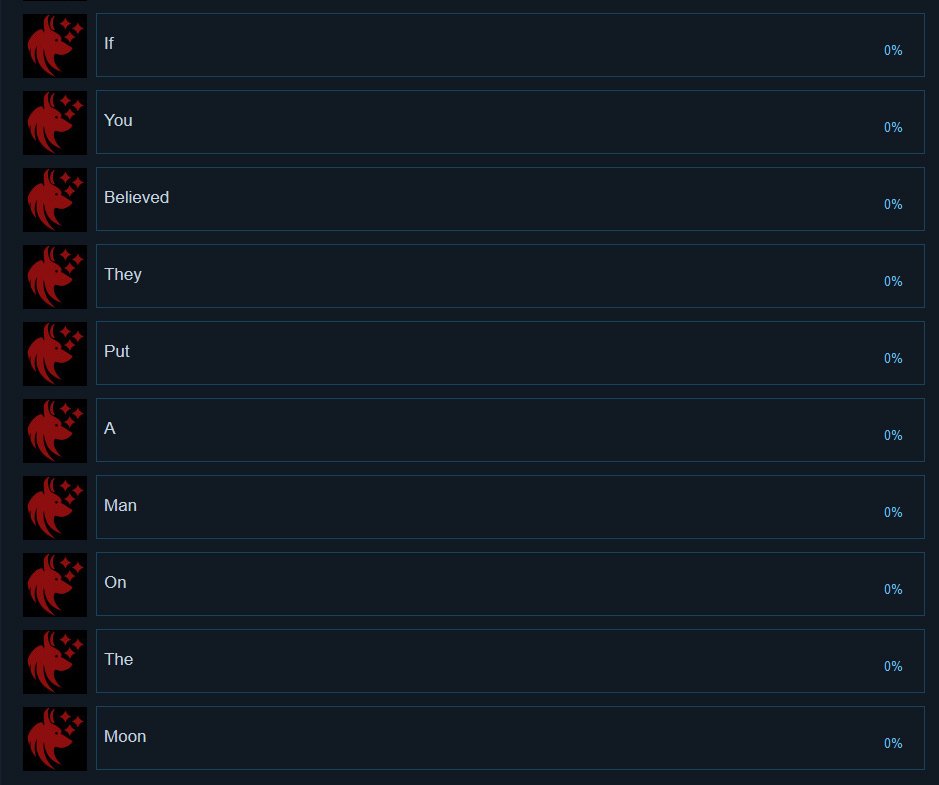 The race is surely on to figure out what’s needed to unlock these achievements and if doing so brings any new information to light ahead of the June 10 reveal. I’m expecting more ARG shenanigans.

One user on reddit, judgedead53, claims to have already “obtained ‘You’ by killing [spoiler] at the end when he’s preventing me from activating the nullwave device.”

My big question at this point is whether or not the new content will be standalone. I always appreciated that approach for Dishonored and think it makes a lot of sense for Prey, too. We’ll just have to see.