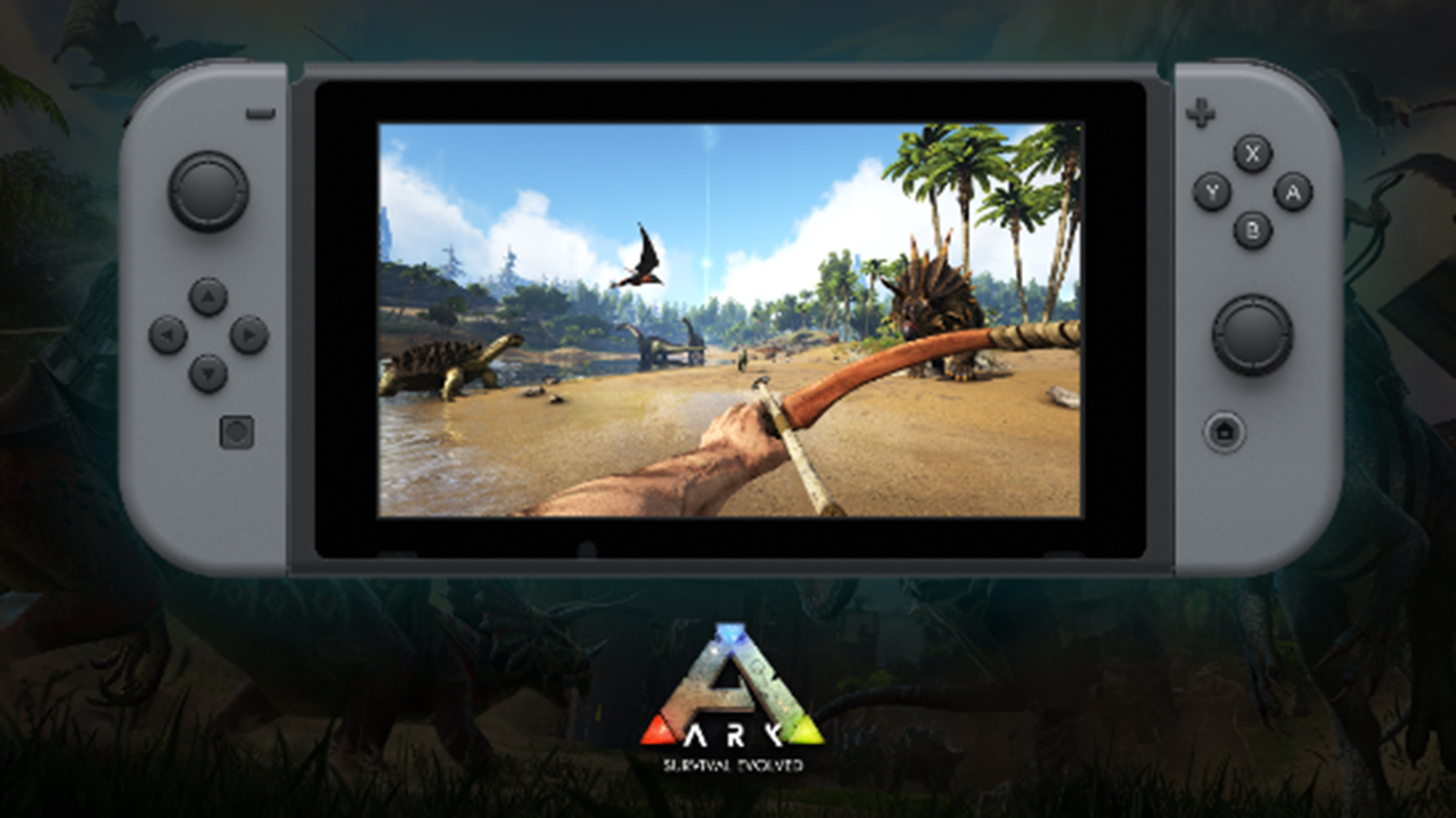 Get ready to befriend some dinos on the go!

Studio Wildcard has made the announcement today that ARK: Survival Evolved — the survival game with dinosaurs, dragons, and naked people getting shot by other people with machine guns riding said dinosaurs on the beach — is making its way to the Nintendo Switch later this fall.

Details are fairly scarce at the moment, but, the developers did confirm the game will offer the same features you’d find on the PC, PS4, and Xbox One versions of the game. Jeremy Stieglitz, Studio Wildcard’s lead designer, had this to say in the press release:

“The Switch’s handheld mode provides a fantastic new capability for survivors who want to fully immerse themselves in the vast worlds of ARK. With this new version, Switch players can go directly from hunting and taming while sitting on the couch, to forming online tribes and searching out new conquests when on the bus, waiting in line, or wherever they happen to be.”

It is interesting to note that there’s also a free-to-play mobile version of ARK: Survival Evolved in the works from developer War Drum Studios. Personally, I can’t help but wonder how similar this might end up being to the mobile version since the base PS4 and Xbox One versions struggle enough even trying to run it, but at the same time, the idea of revisiting ARK on the go just sounds wonderful.