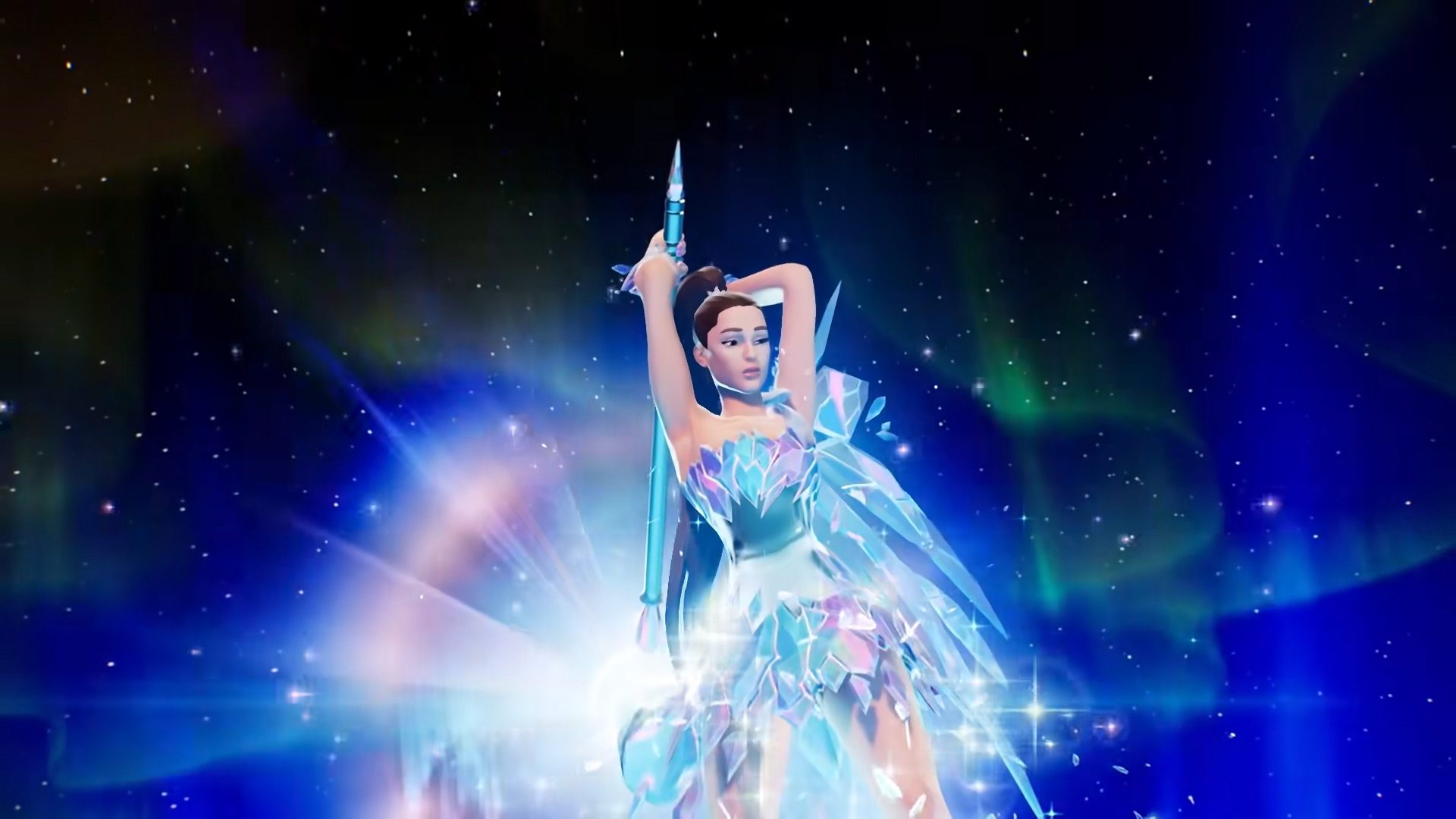 On my side of the internet this week, all anyone seemed to be talking about was Ariana Grande’s virtual Fortnite concert on August 7. Admittedly, I know less than nothing about Fortnite other than that I really like the name “Tomato Town,” but the Ariana Grande concert combined two of my main interests: pop stars and women who are presented as chillingly large, omnipotent figures. 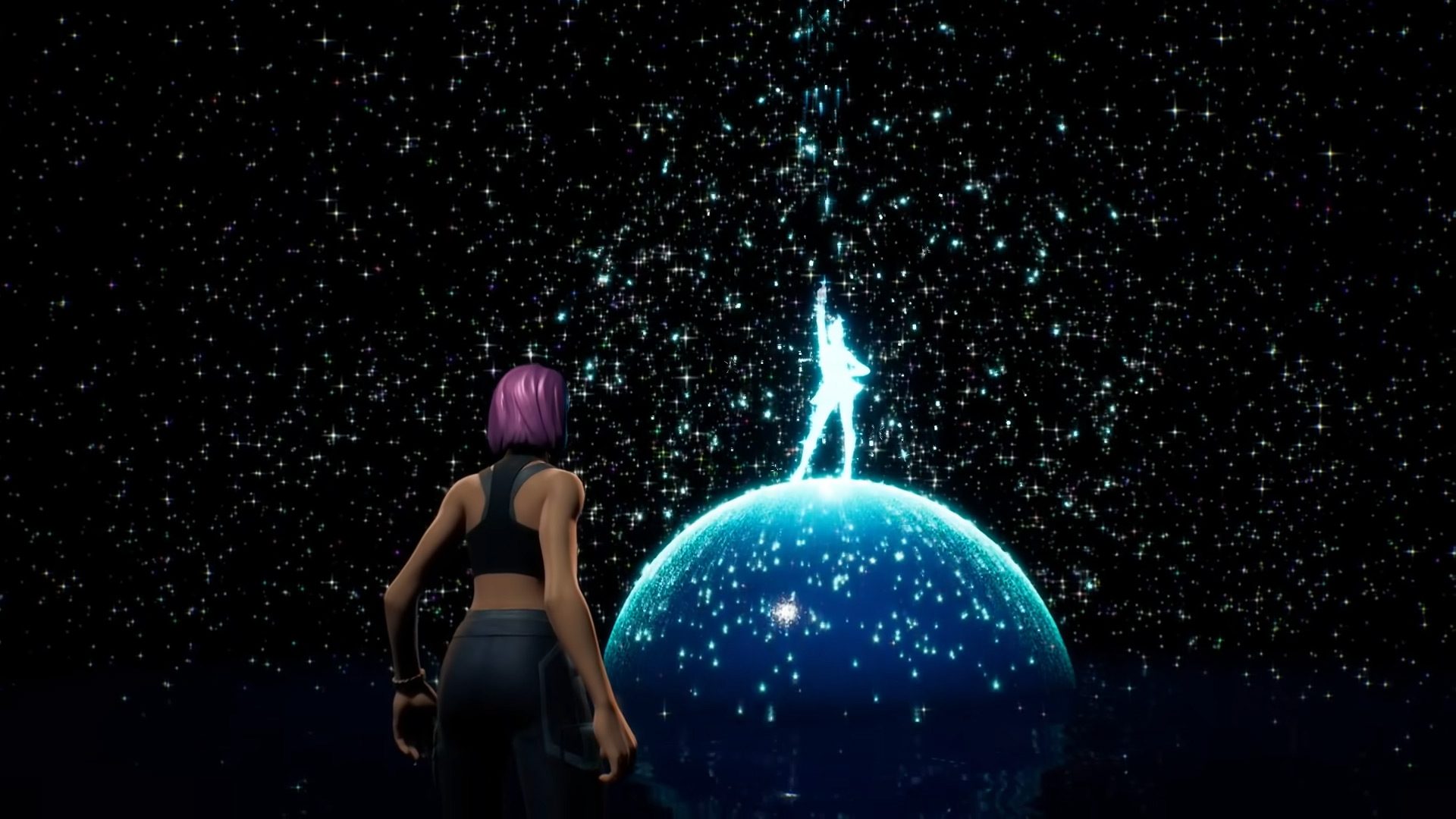 I watched a recording of the event a few days after it happened, and since an Ariana Grande Fortnite concert is a truly hysterical concept (I just love the idea of one of the biggest pop stars in the world existing in the insidious floss zone), I was surprised to find it genuinely immersive and visually striking.

I know that virtual concerts have been done before, like the popular Minecraft concerts that took over our indoor 2020 summers, but I had never experienced a virtual concert that was able to really sink into cartoonish creativity while still fulfilling its duty as a music event. “Oh, ho, ho,” says Virtual Grande to me while I sleep. “Just wait and see.”

Fortnite digitally rendered that iconic ponytail and gave Grande the body of a space age giantess, letting her swing from the unseen heavens in a swarm of cat-and-rabbit-shaped clouds while players flew around on unicorns, leaving a trail of pale, glimmering rainbows. Literally, what more could you want? 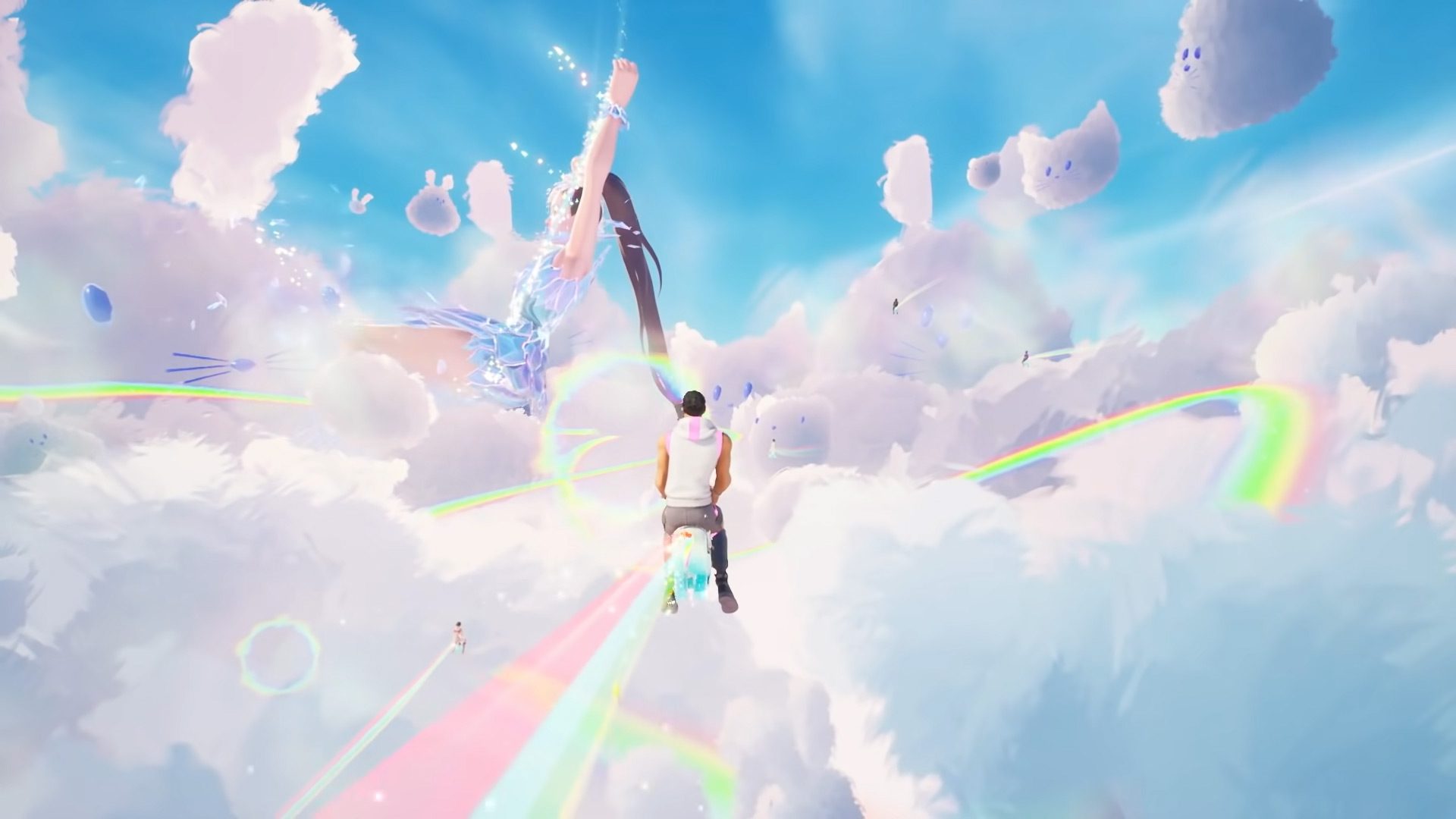 The concert made me think about the ever-cycling relationship between technology and women. For the purpose of this column, video games and women, specifically.

In the early 1990s, when the World Wide Web was born and the internet was beginning to become a vital thread in society’s fabric, aesthetics like cyberpunk and cybergoth began to pop up. It’s hard to pinpoint exactly what caused the birth of all cyber-inspired trends and subcultures, but I tend to believe that cyber aesthetics come from a need to take control of real-world dystopia. They do this by building a visual, virtual future where anything is possible — thin black sunglasses make you a genius hacker, fishnets make you an untouchable femmebot, everyone alive has the right to download their own anime wife.

For many women artists, both then and now, like Grande, Bjork, and everyone’s favorite billionairess alien Grimes, embracing video games and cyber aesthetics is a way of transcending the (occasionally) dystopian reality of womanhood to become something intangible, an extension of a limitless, imagined future where women are big and powerful. They can look wherever they want, command and dress however they want to. 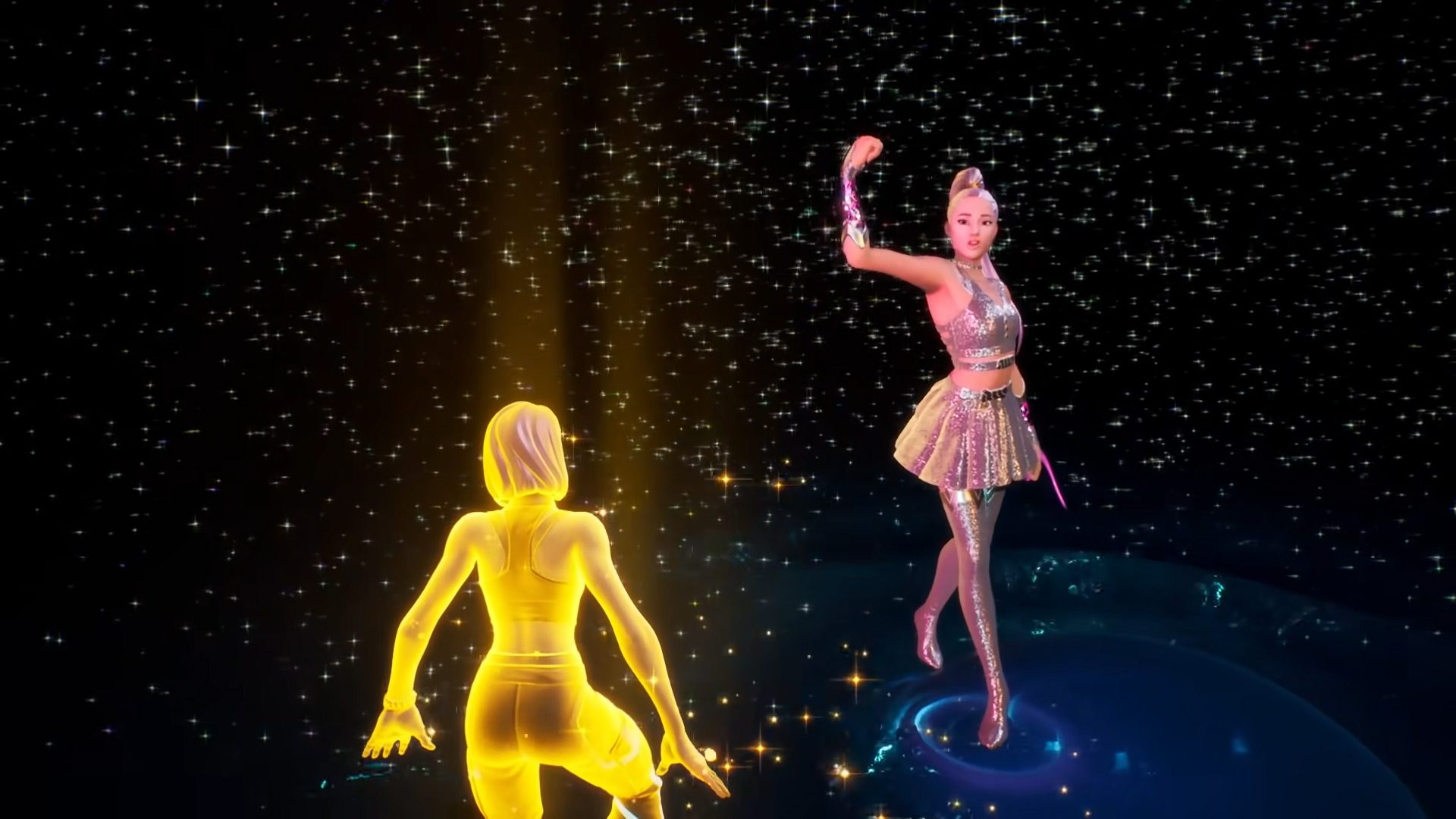 Grande’s Fortnite concert is an indirect spread of this ethos. In the game, Grande is a fully-powered, cyber version of herself, the digital goddess of Tomato Town (definitely a previously godless town).

Kidding aside (at least for now), her presence in the game is an extremely mainstream melt of pop culture, art, and gamer culture. To those unfamiliar with cyber aesthetics and the social unrest that often inspires them, it introduces the concept that, yes, the digital future is coming, and in it, women are highly visible and strong.

We aren’t in the ’90s anymore. Women are encouraged to participate in video games more than ever before and, generally speaking, people are more aware of misogyny as a cultural force.

But women in games still deal with a lot of shit — in chat rooms, at work, and probably in the comments of this article. Climate catastrophe hangs over all of us like a cartoon anvil waiting to drop, a global pandemic rages on, making all of us prone to helplessness. Something as funny and inconsequential as Ariana Grande in Fortnite provides a small window to catch our collective breath, a reminder that women do lots of cool stuff and can continue to dream up a better future.