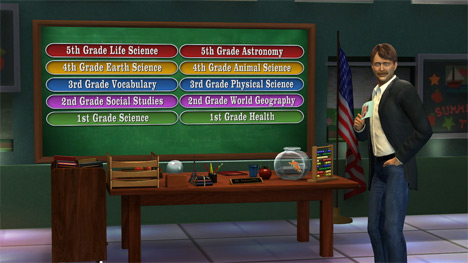 It’s not like I have cash to spare during this busy season, so maybe I should be thankful that Are You Smarter Than a 5th Grader? is heading up Xbox LIVE Arcade this week rather than something halfway decent.

One might argue that I don’t fall under the target audience of Are You Smarter Than a 5th Grader? and it appeals to someone entirely different. Ordinarily, I’d agree with that sentiment, but not when the title in question costs 1200 Microsoft Points.

At that price, the only people who will buy this game will ultimately never be able to finish it as they’ll likely be dumber than a 5th grader.

It’s not all bad news, though. Marble Blast Ultra will recieve a free multiplayer level complete with one new achievement on Wednesday as well.

Filed under... #Save The Chilluns